Toward a Sustainable Recovery 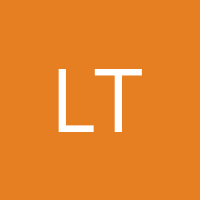 by
Laurence Tubiana
My articles My books
Follow on:
Summary:
PARIS – With countries in most of Europe progressively easing their COVID-19 lockdowns, it is time not only to chart a course out of the immediate crisis, but also to hold a much-needed debate about designing and funding a long-term plan for sustainable recovery. Toward a Sustainable Recovery PS OnPoint andreswd/Getty Images Free to read What AIDS Taught Us About Fighting Pandemics PS OnPoint Mariette Pathy Allen/Getty Images Free to read The Crisis of a

PARIS – With countries in most of Europe progressively easing their COVID-19 lockdowns, it is time not only to chart a course out of the immediate crisis, but also to hold a much-needed debate about designing and funding a long-term plan for sustainable recovery.

As we do so, we first must acknowledge that the intellectual framework with which we first responded to the COVID-19 shock is deeply flawed, even if it did help push governments to action. At the moment, the political debate is still structured around the assumption of a four-phase response: crisis management (for the public-health emergency); exit (rescuing and then “reopening” the economy); recovery; and, finally, a “new normal.”

But reality is never as neat as our intellectual constructs. We are traveling down an extraordinarily bumpy unlit road. Governments are still groping in the dark for policies to navigate the crisis. The European Union and most national governments have introduced massive rescue packages that will have a profound impact on the shape of the recovery, without yet having a clear view of what that recovery should look like.

One might argue that such lack of foresight is unavoidable in the heat of the moment. In fact, it is more important now than ever. As governments look for the fastest route back to normal, they are increasingly running into competing demands on public resources. As businesses, sectors, and political constituencies fight over the spoils of government spending, confusion is setting in.

By mixing up the phases and their respective objectives, we run the risk of never formulating a proper recovery plan. The way things are going, we could instead end up with a series of rescue packages that will consume all available fiscal resources. If these policies ameliorate only the short-term economic losses caused by the lockdown but amplify larger economic, social, and environmental risks, the new normal will merely look like a degraded version of the pre-crisis status quo.

A Rescue Without End?

To be sure, the COVID-19 pandemic required that health be put first at all costs. The lockdowns have been necessary, and their socioeconomic consequences have called for decisive action by governments. The wide divergence in COVID-19 death rates among European countries has revealed differences in how governments fund and organize their health systems (as well as some societies’ apparent social and political preferences). Likewise, the divergence in the pandemic’s socioeconomic effects points to the strengths and weaknesses of each country’s welfare state. There will be a time to consider, debate, and draw lessons from these differences as we emerge from the crisis.

Enjoy unlimited access to the ideas and opinions of the world's leading thinkers, including weekly long reads, book reviews, and interviews; The Year Ahead annual print magazine; the complete PS archive; and more – all for less than $2 a week.

Nonetheless, there is reason to worry that the exceptional measures taken to deal with the crisis will be captured by organized interest groups defending the status quo, who will use the response to undermine social protections, labor regulations, and environmental rules now and into the future. Indeed, there are signs that this is already happening. But these demands from business groups do not represent a majority viewpoint, as many private-sector leaders have asked that governments align their policies with companies’ long-term strategic priorities in a decarbonizing world.

My articlesMy books
Follow on:
Previous Deglobalization’s Dangers
Next How Germany Contained the Coronavirus