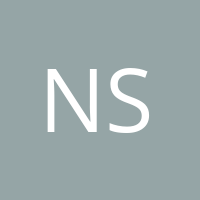 by
Nicholas Stern
My articles My books
Follow on:
Summary:
LONDON – When it comes to sustainability, 2015 was a landmark year. The international community signed on to the Sustainable Development Goals (SDGs) and adopted the Paris climate agreement, under which more than 190 countries have committed to reducing greenhouse-gas emissions (GHGs). In that year and the next, there were complementary agreements on finance, cities, and biodiversity. Taken together, these accords established a clear global agenda. The Impeachment Trap Melina Mara/The Washington Post via Getty Images Can Capitalist Democracy Survive? PS OnPoint Getty Images

LONDON – When it comes to sustainability, 2015 was a landmark year. The international community signed on to the Sustainable Development Goals (SDGs) and adopted the Paris climate agreement, under which more than 190 countries have committed to reducing greenhouse-gas emissions (GHGs). In that year and the next, there were complementary agreements on finance, cities, and biodiversity. Taken together, these accords established a clear global agenda.

The challenge now is to deliver on that agenda, which requires clarity on both the objectives and on strategies to achieve them. Sustainability is about ensuring that future generations have opportunities that are at least as good as those available to the current generation, assuming they behave similarly to those that follow. Much, then, will depend on the assets we leave to those who come after us. Some assets take the form of physical capital, such as infrastructure, or human capital, including health and education. But it has become ever clearer that opportunities for future generations depend critically on natural capital (water, air, land, forests, biodiversity, and oceans), and social capital (public trust, strong institutions, and social cohesion).

This implies that it makes no sense to invest in physical capital that is harmful to public health, the natural environment, or social trust and cohesion. Sustainability demands that we invest in and protect all four forms of capital simultaneously. It requires that we incorporate such principles into our economic theories and development models. Only by changing how we think about progress can genuine progress be made.

Fortunately, in some dimensions of sustainable development, particularly those related to human capital, the world has made remarkable progress since the end of World War II. Life expectancy has increased by around 30 years, and the global literacy rate has increased from around 50% to close to 90%. We have seen a significant decline in poverty, and reduced inequalities in health and education. Decolonization paved the way for democratization. These advances were fostered by the international order that emerged in the late 1940s and early 1950s, following three traumatic decades of social turmoil, economic depression, and world war.

This progress has occurred globally, though it has been strongest in emerging markets and developing countries. But while the advances made in many Asian countries have been significant, the pace of change in Africa has been somewhat slower. And far too many people still live in poverty, or are at a high risk of being pushed back into poverty by external economic, social, or environmental shocks.

The post-war developments in sustainability have coincided with a restructuring of the world economy. The balance of economic activity has shifted decidedly toward emerging markets and developing countries. At the same time, regions and countries have become increasingly interdependent through trade, investment, finance, and the movement of people, not to mention fundamental technological change and the rise of digital technologies that collapse space and time. Since WWII, the global population has increased threefold, and output per head has risen by a factor of around 4. Thus, the total output has increased by a factor of around 12.

The Price of Progress

Most of this growth, however, was driven by fossil fuels, and thus has led to accelerating climate change, biodiversity loss, and the acidification of our oceans. Our natural capital has been severely depleted; now, social capital in many parts of the world is eroding. Mismanagement of...

My articlesMy books
Follow on:
Previous The Unsustainable Sustainable Investing Boom
Next Russia Is a Strategist, Not a Spoiler