A European anti–money laundering supervisor: From vision to legislation 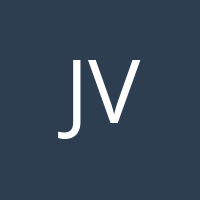 by
Joshua Kirschenbaum, Nicolas Véron
My articles My books
Follow on:
Summary:
The European Union is moving toward implementing a policy to strengthen anti–money laundering (AML) supervision across its Single Market, namely enforcing requirements on banks and other firms to ensure they do not facilitate transactions involving proceeds from illegal activities. The European Commission, in charge of the next steps, should act fast to capitalize on the political momentum toward creating a central AML supervisory authority, the only credible response to the bloc’s AML challenges. It should present a full proposal to EU co-legislators (i.e., European Parliament and Council) by the summer of 2020. A joint paper published in November 2019 by six EU finance ministers paved the way for progress. The finance ministers of all EU member states, in the conclusions of their ECOFIN

The European Union is moving toward implementing a policy to strengthen anti–money laundering (AML) supervision across its Single Market, namely enforcing requirements on banks and other firms to ensure they do not facilitate transactions involving proceeds from illegal activities. The European Commission, in charge of the next steps, should act fast to capitalize on the political momentum toward creating a central AML supervisory authority, the only credible response to the bloc’s AML challenges. It should present a full proposal to EU co-legislators (i.e., European Parliament and Council) by the summer of 2020.

A joint paper published in November 2019 by six EU finance ministers paved the way for progress. The finance ministers of all EU member states, in the conclusions of their ECOFIN meeting on December 5, “invite[d] the Commission to explore…conferring certain responsibilities and powers for AML supervision to a Union body with an independent structure and direct powers vis-à-vis certain obliged entities chosen by the EU body in accordance with a risk-based approach.” They asked the Commission “to present legislative proposals in that regard in parallel to efforts to achieve a higher level of harmonization through an AML regulation.”

1. Should there be an EU body with a direct AML supervisory mandate? Yes, because an EU-level “supervisor of supervisors” by definition acts too late, as we concluded in a 2018 PIIE Policy Brief. Under the current system, the Paris-based European Banking Authority (EBA) is the EU-level supervisor of national AML supervisors for banks. But it has not prevented or stopped large-scale AML violations and even failed to impose remedial measures in the ill-starred case of Danske Bank. The EU AML supervisor should have the ability to impose fines and business restrictions on noncompliant firms, a tool the EBA lacks even after the recent strengthening of its AML duties.

2. Should this central authority be the European Banking Authority or a new agency? A new EU agency is preferable. The EBA’s existing capacity is too small to make a difference: no more than a dozen AML staff in the current budget. A radical overhaul of its governance and decision-making structure would be required for it to become effective as AML supervisor. Such an overhaul could be more complicated than creating a new agency, because the structure would also need to accommodate the EBA’s other duties as banking regulator. An AML supervisor should also cover nonbank financial firms and even nonfinancial firms someday. Creating another EU agency should not be undertaken lightly, but AML supervision is important enough to justify it.

3. How should that new agency be designed? It should be an authoritative and independent supervisor that can judge each case’s merits without regard to diplomatic balancing acts. Independence will likely lead to more aggressive supervision, larger fines, and greater deterrence. A compact decision-making board of at most half a dozen members would be appropriate, following the precedent of the Single Resolution Board (SRB), which was established on the same EU Treaty basis.

4. Where should it be located? This is ultimately a political decision. A city with an active labor market for financial and legal specialists—perhaps a medium-sized financial center in post-Brexit European Union—would make sense.

5. How should it be funded? As is customary for financial supervisors, the agency’s funding should be raised via a levy on the financial industry under due EU parliamentary scrutiny, separate from the general budget of the European Union. To succeed, it probably needs a staff of  500 to 1,000, including dedicated “country desks” to enable proper communication with the judiciary and law enforcement communities in each member state, a feature that was not deemed necessary for the SRB or the European Central Bank’s prudential supervisory arm known as the Single Supervisory Mechanism (SSM). This would make the new AML agency staff a bit smaller than the SSM staff of about 1,100 at the ECB.

6. When should it start? As soon as is practical but not rushed, because it must be fully operational from day one. At least two years of preparation may be needed after the legislation is enacted. Assuming a Commission proposal in August 2020 and 18 months of legislative discussion, the transfer of supervisory authority could take place in the first half of 2024.

7. Which entities should be directly supervised by the central body? This is a potentially contentious issue, but the ECOFIN conclusions’ language already addresses the key choices. The SSM has set a mostly quantitative and nondiscretionary boundary between banks that are directly supervised by the ECB and those that remain under national supervision with only indirect ECB oversight. But a new AML supervisor should be able to make its own determinations, based on its risk assessment utilizing both quantitative and qualitative factors, with no presumption from pre-set mechanical criteria that would be easily circumvented by malicious actors. This different reading of the principles of proportionality and subsidiarity is justified because prudential supervisors examine the haystack, but AML supervisors look for the needles: The worst behavior is often channeled through small institutions. If the incentives are right, the new EU agency should focus its time and resources on problematic firms, market segments, and member states (large or small). Conversely, it may choose to conduct no direct supervision whatsoever in member states where the national authority does an excellent job and AML risks are assessed to be low. Proper drafting of the legislation can establish such risk-based differentiation while complying with EU jurisprudence on decision-making autonomy by EU agencies, especially the Meroni and ESMA short selling cases.

8. Should there be an AML Regulation to complement or replace the existing AML Directives, and what should it include? Harmonization is needed, as the December ECOFIN conclusions hint, by way of an AML Regulation (immediately applicable EU law) and modification to existing directives that would create the “single rulebook,” which the new AML supervisor would enforce. This must include requirements on supervised firms in terms of AML program, customer due diligence, and reporting obligations, as well as fines for noncompliance. The legislation should also lift any legal obstacles to proper information sharing between the new supervisor and its counterparts in the member states, including Financial Intelligence Units (FIUs). Even so, the best can be the enemy of the good, and the regulation should only cover items that are indispensable to set up the new body. Other harmonization efforts that are desirable but not critical may be left to a later legislative phase.

9. Can that AML Regulation and the legislation establishing the new AML supervisor be enacted simultaneously? Yes—in fact, they could be pooled in a single legislative act. A sequential approach would lose momentum and risk jeopardizing the entire reform effort. Here again the ECOFIN conclusions send the right signal by recommending the proposal for the new agency “in parallel” to harmonization.

10. Should the reform include an EU-level Financial Intelligence Unit? No, because such a step is less urgent and more complicated than creating a central AML supervisor. The major AML lapses of the past few years in the European Union have ostensibly involved failures of AML supervision, rather than of the FIU functions of collecting, transmitting, and analyzing information on suspicious transactions. Centralizing the FIU function may be desirable in the longer term but trying to do so now would burden and possibly cripple the urgent effort to establish an effective European AML supervisor.

The European Commission should consult widely in the spring and propose legislation this summer, no more than nine months after the December ECOFIN conclusions. As for precedent for such a timetable, the Commission was unexpectedly asked for a proposal to establish the SSM on June 29, 2012 and published it on September 12, and that project ventured into much less charted waters than AML supervision. If the Commission further delays, it would risk losing the current reform opportunity. That would be bad for the EU financial system’s integrity, and for all of Europe.

My articlesMy books
Follow on:
Previous The UK seeks its own “phase one” deal on Brexit
Next How Jacques de Larosière and Paul Volcker contained the 1982–89 global debt crisis

Does this help or hurt Ex-Felons?