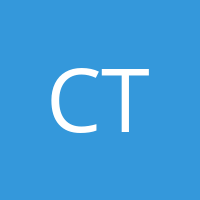 by
Christopher G. Collins, Simon Potter, Edwin M. Truman
My articles My books
Follow on:
Summary:
Part of a series of proposals for the G20's* agenda on the COVID-19 pandemic. Authors’ note: We thank Olivier Blanchard, Louis Crandall, Maurice Obstfeld, and Steve Weisman for assistance and helpful comments. The G20 should support increased central bank cooperation in providing needed financial resources to countries suffering liquidity crises resulting from COVID-19. On March 26, 2020, G20 leaders congratulated the major central banks for extending temporary swap lines to other central banks in which they provide their currencies in exchange for the receiving central bank’s currency. But the major central banks can do more to help countries plunged into crisis through no fault of their own. They can (1) set up facilities to provide cash for sovereign assets in their currencies held by

Minxin Pei writes How the Hong Kong Calamity Will Play Out

Part of a series of proposals for the G20's* agenda on the COVID-19 pandemic.

The G20 should support increased central bank cooperation in providing needed financial resources to countries suffering liquidity crises resulting from COVID-19. On March 26, 2020, G20 leaders congratulated the major central banks for extending temporary swap lines to other central banks in which they provide their currencies in exchange for the receiving central bank’s currency. But the major central banks can do more to help countries plunged into crisis through no fault of their own. They can (1) set up facilities to provide cash for sovereign assets in their currencies held by other central banks, (2) provide additional liquidity swap lines where appropriate, and (3) in some critical cases link their swap lines to a backstop from the International Monetary Fund (IMF).

The US Treasury and the Federal Reserve have a special responsibility to support the global financial system in times of stress because the US dollar is the principal international currency: 60 percent of foreign exchange reserves are in dollars; 90 percent of foreign exchange transactions involve the dollar; and the dollar accounts for two-thirds of the international liabilities of non-US banks. Thus, in carrying out its responsibilities, the Federal Reserve not only directly benefits the United States but also provides indirect benefits to the United States, through impacts on its international partners, and the global financial system.

For more than a century, the Federal Reserve has offered services to foreign central banks as part of this central role. The initial motivation for providing these services was to support US entry into World War I. The two key central bankers involved, Benjamin Strong and Montagu Norman, put forth a vision of coordinated central bank action to combat global threats that is particularly relevant in the fight against COVID-19.

The Federal Reserve Bank of New York (FRBNY) offers services to nearly all central banks in the world as part of the reserve role of the US dollar.[1] For example, it allows foreign and international monetary authorities[2] (FIMA) to invest dollars in a foreign repo pool providing overnight liquidity. On March 31, Federal Reserve established a new temporary facility for FIMA accounts to enter into overnight repurchase transactions with the System Open Market Account, a service with the potential to temporarily liquify when necessary most of the US Treasuries held by central banks as insurance against bad times. At least eight other central banks offer similar services to their fellow central banks.[3] They should, if they are not already doing so, offer similar liquidity facilities, which allow foreign central banks to temporarily liquify their reserve holdings at an assured price and without disrupting the securities markets of the issuing countries.

On March 19, the Federal Reserve had already reestablished its liquidity swap lines with nine central banks that were first established in 2008. They were in addition to the standing lines it has with the Bank of Canada, Bank of England, Bank of Japan, European Central Bank, and Swiss National Bank. Liquidity swap lines allow a foreign central bank to access foreign currency liquidity from the issuing central bank in exchange for their own currency and provide the foreign currency to local financial institutions. The maximum amount that the central banks of Brazil, Korea, Mexico, and Singapore could draw was set at $60 billion each compared with $30 billion each during the global financial crisis of 2007–09.

During that previous crisis, eight central banks established 37 swap lines with 27 other countries. Seven of those swap lines provided currencies to central banks of emerging-market economies other than the four that had swap lines with the Federal Reserve: Argentina, Belarus, Hungary, India, Indonesia, Malaysia, and Poland.[4] Fifteen participants in the currency swap arrangement known as the permanent Chiang Mai Initiative Multilateralization (CMIM) established in 2010 also potentially provide US dollars from central banks with ample reserves in a swap for the drawing central bank’s currency. The new FIMA repo facility would provide a means for the central bank supplying dollars in the CMIM to easily temporarily liquify its dollars.[5]

The major central banks, led by the Federal Reserve, should expand the number of their active swap lines where appropriate to fight the global economic impact of COVID-19. The boundaries set on participation in these arrangements a dozen years ago could be adjusted in recognition of the evolution of the global financial system since then and more importantly the global impact of COVID-19. Obviously, the Federal Reserve is the critical central bank that should be reviewing the criteria for expansion of the number of its swap lines. Such a review is especially important for jurisdictions where natural hedges for dollar debt have disappeared because of the sudden decline in global financial activity during the COVID-19 pandemic. However, these considerations are also relevant for other central banks that issue international currencies.

The advantages of swap arrangements are that they help to stabilize domestic and foreign financial markets; they provide the recipient central banks with foreign currency resources in addition to their existing foreign exchange reserves; they appropriately place the lending risks to the private sector with the home currency central banks, given that foreign financial institutions with a presence in the issuing country typically have access to that country’s central bank discount window; and they tend to reduce pressures on the major currencies to appreciate.

Credit outstanding from the Federal Reserve to foreign central banks on its liquidity swaps had jumped from negligible in the first half of March ($45 million on March 18, 2020) to a substantial $394 billion by April 3, 2020 (see figure). The dramatic rise reflects the increase in tensions and turbulence in US dollar markets on- and offshore.

One of us (Truman) has proposed expanding the IMF’s financial resources to fight the COVID-19 pandemic, and the G20 should encourage the major central banks to link their expanded multilateral swap networks to the Fund. This approach would recognize the distinction between liquidity pressures, which result from a temporary crisis, and solvency issues that result from permanent imbalances in the debtor country. In the former case, which confronts many countries today, the provision of liquidity by the central banks of the major countries is appropriate. It should also be sustainable because the Fund, with its traditional focus on solvency issues that require policy adjustments, would stand ready to backstop the swap lines.

The link to the IMF would have three parts: (1) an IMF assessment of the need for central banks to activate swap lines in the interests of the system as a whole, (2) an IMF judgment that the specific drawing country’s external debt was sustainable before the COVID-19 outbreak, and (3) an advance commitment by the drawing country to borrow from the IMF if it could not repay the swap drawing and faced more serious adjustment challenges.[6]

The central banks of four emerging-market economies now have access to the Federal Reserve’s swap network: Brazil, Korea, Mexico, and Singapore. The central banks of the seven other countries mentioned earlier were eligible to draw on central bank swap lines in 2008. If all 11 central banks were granted access to IMF credit on the same scale relative to their IMF quotas that the first four countries now have—8.5 times their IMF quotas on average—$660 billion of the IMF’s resources would be committed to short-term lending. The Fund would effectively have no financial resources to lend to its other 178 member countries.[7] Although the Fund reportedly is actively considering establishing a swap-like short-term lending facility, the IMF’s available financial resources will not allow it to do so on any substantial scale.

Aside from their domestic monetary policy and financial support activities, the major central banks can and should step up their international cooperative efforts to address the economic and financial effects of the COVID-19 pandemic. This would be a triple win: for the country of the major central bank, for the country of the partner central bank, and for the global monetary system. Central banks have been proactive in their domestic operations; G20 leaders can provide important political support by calling on them to go farther in their international operations.

3. The central banks of Australia, Canada, China, France, Germany, Korea, the Netherlands, the United Kingdom, and the European Central Bank.

6. None of these elements would force a central bank to participate or preclude its participation without the blessing of the Fund.

My articlesMy books
Follow on:
Previous The G20 should do more to harness the IMF and World Bank
Next The Fed Expands Emergency Lending by $2 Trillion