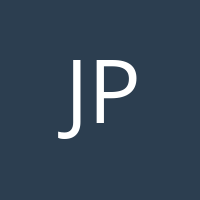 by
Julia Coronado, Simon Potter
My articles My books
Follow on:
Summary:
Economists are not on the frontline in combating the public health effects of the COVID-19 crisis but can translate it into economic and financial impacts and suggest improvements to our system to provide better insurance against future threats. The COVID-19 crisis and the recent CARES Act rescue package have underscored the lack of a quick, efficient, and inclusive infrastructure in the United States for distributing transfers to households in response to economic shocks, as clearly articulated in advance of this crisis by Claudia Sahm. One way to address this problem in the future is to set up a digital payment system backed by the Federal Reserve, as we propose in our recently published PIIE Policy Brief. Such a system would make stabilization policy quicker and more effective in times

FT Alphaville writes Let’s call Trump out, but let’s get our facts straight too

Economists are not on the frontline in combating the public health effects of the COVID-19 crisis but can translate it into economic and financial impacts and suggest improvements to our system to provide better insurance against future threats. The COVID-19 crisis and the recent CARES Act rescue package have underscored the lack of a quick, efficient, and inclusive infrastructure in the United States for distributing transfers to households in response to economic shocks, as clearly articulated in advance of this crisis by Claudia Sahm. One way to address this problem in the future is to set up a digital payment system backed by the Federal Reserve, as we propose in our recently published PIIE Policy Brief. Such a system would make stabilization policy quicker and more effective in times of economic stress.

Well before the current pandemic, the US monetary system faced challenges from advances in technology and changes in the macroeconomy that, left unaddressed, threatened the stability of the US economy and financial system. Despite its recent aggressive interventions, the Federal Reserve needs new tools to efficiently and effectively meet its mandates of price stability and maximum employment. It also needs to preserve the safety and soundness of the financial system in a rapidly digitizing world.

In a second Policy Brief, we propose that households be granted recession insurance bonds (RIBs) that would be inactive in good times. In bad times the Federal Reserve could act quickly and decisively to purchase these bonds and transfer cash to households’ digital payment provider (DPP) accounts. The structure of RIBs could be designed so that the Federal Reserve has the resources and mandate to stabilize the economy while leaving distributional issues to Congress and the president. Some of the recent market interventions by the Fed would be arguably less necessary if investors were confident that monetary policy could address the liquidity crunch faced by consumers.

A public debate is needed over how to create a robust digital dollar infrastructure to improve coverage and stability of the financial system and enhance tools for macroeconomic stabilization policy using that infrastructure.

It is important to understand that the infrastructure we propose would take time to build. It would require legal changes, technology buildouts, rule-writing, and wider acceptance of a digital dollar. These steps need to be undertaken with transparency and periods of public comment.

The COVID-19 threat has prompted us to consider a number of enhancements to our original proposal. In this blog we suggest two such enhancements. The first relates to using digital technology to permit targeted fiscal responses. The second is a method of providing the Federal Reserve with contingent capital to provide emergency loans to stabilize the real economy and financial system based on its future earnings.

These proposals raise still more questions about privacy, the role of the state in markets and how society delegates authority to the central bank, and moral hazard discussed in the Policy Briefs.

Regarding moral hazard, the proposal for contingent capital to be available for emergency lending by the Federal Reserve will distort incentives for participants in financial markets. Targeted fiscal measures may diminish the incentives of employers to offer benefits such as sick leave to their employees.

The solution to moral hazard problems has been studied extensively in an objective scientific manner by the world’s leading economists. Thus, economic science exists to build a regulatory system that limits moral hazard from increased public insurance, as long as science—rather than special interests—is employed in its construction. Digital technology has the capacity with smart regulation combined with the social convention of money to provide insurance benefits for the many, not just the few, in the current system.

A digital dollar, fully backed by the Federal Reserve, could promote financial inclusion, a more efficient payment system, and an improved infrastructure to stabilize the economy.

In our proposed digital payment infrastructure, the DPPs manage consumer accounts and therefore would possess considerable real-time data on households. Unless the collection of data is restricted, real-time data could be used to direct fiscal transfers to those most affected by shocks. For example, in the current crisis such data could allow Congress (to be clear this is not a role for the Fed) to target payments with speed to:

Smart contracts and distributed ledgers can be designed to greatly lower households’ ability to commit fraud while distributing cash in a targeted fashion.

All societies are confronting questions about who owns people’s data and how to protect that data. The regulated DPP system, not the government, should be responsible for protecting consumer data, and individuals should be given the choice to opt in or out of more intensive data collection. But if data collection were allowed, it could be mined for targeted and timely fiscal support.

A new kind of security called crisis insurance bonds (CIBs), with a similar structure to recession insurance bonds, could be used to provide contingent capital to support emergency Federal Reserve lending to ensure credit flows unimpeded to households and firms.

These CIBs would be zero coupon nonmarketable bonds authorized by Congress. Unlike RIBs, the US Treasury would issue CIBs to special purpose vehicles (SPVs) that the Federal Reserve uses to facilitate lending under its emergency authority in Section 13(3) of the Federal Reserve Act. The bonds would form contingent capital for any losses incurred in the loans held by the SPV.

In the case of 13(3) facilities, the Federal Reserve Act requires that a Federal Reserve Bank’s lending be secured to its satisfaction. There is a good legal debate about the meaning of this standard, but it is clear that the Federal Reserve Bank should not lend to an SPV if it expects to take a loss above capital in the facility. While none of the facilities used in the global financial crisis of 2007–09 lost money, they might in other crises. For example, in the current COVID-19 crisis, loans to a household or a small business could default if there is illness or death caused by the virus.

In the event of a loss, the System Open Market Account (SOMA) would purchase CIBs up to the amount of the loss incurred by the emergency lending. This step would be similar to the purchase of RIBs from households. For example, suppose a $100 billion lending facility experiences a $3 billion loss. Once recognized, the SOMA would purchase $3 billion of CIBs issued to the SPV, ensuring that the Federal Reserve Bank lending to the SPV does not take a loss. Any remaining CIBs would be extinguished at the closure of the facility.

If the Federal Reserve System had negative income at the end of a fiscal year, it would have the right to transfer CIBs to the US Treasury at face value—the same feature as RIBs.

The SPV would earn a profit on good loans. Losses on bad loans that exceed these profits would be covered by the purchase of CIBs. As CIBs appear on the asset side of the SOMA’s balance sheet, a liability is created by the funds supplied to the SPV. The remuneration on these liabilities will directly reduce the income the Federal Reserve System can remit to the US Treasury. Thus, CIBs are effectively a contingent claim on future tax payments used to fund the decline in Treasury revenue from reduced SOMA remittances. The income from the SOMA over the next few years will be many hundreds of billions of dollars because of the increase in its portfolio of Treasuries and mortgage-backed securities.

Elected representatives need to make the distributional decisions to allocate funds to individual members of society differentially affected by realized shocks like COVID-19. This was the role of Congress in debating the CARES Act. Societies over time have been more comfortable with delegating operating authority to central banks. This is because central banks do not make distributional choices ex ante and they can act with speed and skill.

Thus, we propose the following delegation of authority for crisis-fighting emergency lending: Congress should authorize the US Treasury to issue crisis insurance bonds upon the declaration of emergency circumstances by the Federal Reserve and the Treasury secretary. There should be an active debate on the amount of preauthorized capacity. The rules around the use of funds provided by Federal Reserve facilities could be similar to those currently imposed by the Dodd-Frank Wall Street Reform and Consumer Protection Act of 2010, as informed by the experience from the current COVID-19 crisis.

My articlesMy books
Follow on:
Previous Wrong tools, wrong time: Food export bans in the time of COVID-19
Next Europe should seize oil price windfall to fund its pandemic response