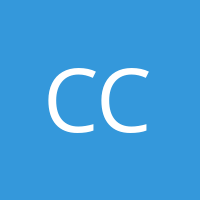 by
Claudia Biancotti, Riccardo Cristadoro
My articles My books
Follow on:
Summary:
Facebook and 27 partner companies plan to create a new global financial infrastructure based on a virtual token or “coin” named Libra to facilitate instant, cheap online payments across the world. The system might eventually support Libra-denominated transactions in lending, investment, or other financial areas. As discussed in previous posts, financial authorities in China, Europe, and the United States have reacted to Libra by vowing to protect the stability of the monetary and financial system. Now regulators must do more to shape the dramatic changes in financial systems of the future portended by Libra and rival cryptocurrencies. Not Just Another Cryptocurrency The Libra project was inspired by bitcoin, ethereum, and other cryptocurrencies, which are virtual tokens that can be


Paul Krugman writes Trump’s Virus Is Spreading, and His Economy Is Stalling

Facebook and 27 partner companies plan to create a new global financial infrastructure based on a virtual token or “coin” named Libra to facilitate instant, cheap online payments across the world. The system might eventually support Libra-denominated transactions in lending, investment, or other financial areas.

As discussed in previous posts, financial authorities in China, Europe, and the United States have reacted to Libra by vowing to protect the stability of the monetary and financial system. Now regulators must do more to shape the dramatic changes in financial systems of the future portended by Libra and rival cryptocurrencies.

Not Just Another Cryptocurrency

The Libra project was inspired by bitcoin, ethereum, and other cryptocurrencies, which are virtual tokens that can be exchanged securely over the internet without the need for a trusted third party, such as a bank, to validate transactions. The technology that enables this exchange is known as blockchain. By cutting out middlemen, blockchain-based payment systems promise stronger security and lower costs compared with traditional systems.

Cryptocurrencies attracted a lot of attention after their introduction in 2009, but so far they have failed in their stated mission of becoming the premier means for internet payments. They are not issued by governments, so nobody is forced to accept them. Their success depends on spontaneous adoption by consumers and merchants, who have been discouraged by the volatility in token values, slow settlement mechanisms, lack of scalability, and poor user interfaces. Out of the 1,600 cryptocurrencies that ever existed, some managed to solve a few of these problems, but none has addressed them all.

The unprecedented chance at mass adoption explains why Libra drew a barrage of vocal reactions. Prominent political figures, including President Donald Trump, voiced their (mostly negative) opinions. One key roadblock is distrust of Facebook—should Libra go ahead, global payments would essentially be delegated to a group of companies whose leader has a less than sterling record when it comes to protecting user data, following the rules of fair competition, and acting responsibly with respect to the threat of disinformation on its platforms. Technologists, legal scholars, economists, and activists also highlighted other issues, from cyber vulnerabilities in the Libra protocol to the possible monopolization of more and more markets by technology companies.

Regulatory Response and the Way Forward

Financial authorities have responded more coherently. Central banks and finance ministers of G-7 countries got to work mere days after Facebook’s announcement in mid-2019 and, together with the Bank for International Settlements, presented a first assessment of the risks that Libra and similar tokens pose to the global monetary and financial system. These risks range from interference with sovereign monetary policy to facilitation of money laundering and the financing of terrorism. The authorities stated clearly and emphatically that an in-depth evaluation must be conducted and appropriate regulations must be in place before the Libra project can take off. The People’s Bank of China also made its voice heard, pointing out that Libra could reinforce American dominance in payment systems, thus hurting everyone else’s interests.

Regulatory pressure yielded visible results. In its July 2019 Securities and Exchange Commission disclosure, Facebook warned investors that “laws and regulations, as well as any associated inquiries or investigations, may delay or impede the launch of the Libra currency.” The CEO of Visa, one of the 28 backers of the project, explained that so far founding partners have merely signed a “nonbinding letter of intent” and that “no one has officially joined.” This demurral sends a good signal: Authorities are willing and able to reassert their exclusive jurisdiction over the monetary and financial system, which must work first and foremost in the public interest.

To respond in timely fashion, official authorities limited the focus of their studies to a specific phenomenon—that of so-called stablecoins, or virtual tokens that feature a value stabilization mechanism. They focused on individual regulatory challenges, such as identity verification and oversight of the management of customer funds. This is not enough. Regulators have to formulate a comprehensive strategy to address the paradigm change that technology is bringing to the financial system. They need to go from reactive to proactive and lead the way toward modernization.

Payments are a good starting point, as they undergird all other transactions. Demand for a new generation of internet-based services is out there. The wild success of mobile payment networks operated by technology companies in China is the most evident testimony, but so is the significant flow of private investment that has backed experimentation with distributed ledgers over the past ten years. The M-Pesa mobile phone-based payment system in Kenya is proof that technology can help increase financial inclusion in developing countries. The market is still wide open: Advanced economies are dominated by expensive card-based systems, remittances of migrant workers are burdened by fees that average nearly 7 percent of the amount sent, and 1.7 billion adults remain unbanked globally.

The central banking community has been discussing the possibility of issuing fiat money in token form for a few years now. This research has to be taken out of the sandbox and brought to the top of the agenda. Government-sanctioned cryptocurrency may or may not be the answer, but we can no longer afford not to know. The technical limitations have to be confronted, the financial implications teased out precisely.

This process offers a chance to renew the relationship between regulators and the private sector. Authorities have a long, successful history of cooperating with financial firms to tackle the challenges of innovation, but they now need to extend the dialogue to new participants, such as internet platforms and fintech startups. Within clear boundaries that protect sovereign prerogatives, the wealth of expertise of these companies has to be leveraged to develop technical solutions.

All sides have to bridge the knowledge and language gaps that still exist. For regulators, getting up to speed with new technologies, new players, and changing market demand will not simply solve the problem of digital payments—it will also provide tools to address the many related issues arising from the technology revolution, including the advance of artificial intelligence. Authorities around the world have their work cut out for them, but they cannot delay getting started.