Towards an Alchian-type Approach to Political Economy 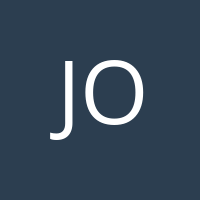 by
Josh
My articles My books
Follow on:
Summary:
In my previous post, I discussed what I called the sleight of hand of an Olson-approach to political economy. The basic idea of that post was that Olson’s theory of concentrated benefits and dispersed costs is often used to malign policies deemed to be inefficient. The sleight of hand aspect is as follows. First, the economist deems a particular policy to be inefficient using a standard theoretical model. Second, the economist hypothesizes that the reason we have such an inefficient policy is due to special interests getting what they want because the costs are dispersed. Third, the economist examines either in historical detail or through regression analysis the role of special interests in getting the policy implemented. Fourth, if special interests are found to have had an effect

In Memory of Bob Rossana

The Coronavirus and Lessons for Preparedness

Let me elaborate on this point using an example. Consider the example of pollution, which is a principles of microeconomics textbook version of an externality. Suppose that in the absence of special interests, such as environmental groups, pollution would go untaxed. Empirical evidence would show that a tax on pollution was due to the influence of special interest groups (the environmental groups). If we had no concept of externalities and we used the perfectly competitive model as our benchmark model, the conclusion would be that special interests were to blame for this inefficient policy. However, since this is a commonly understood externality, one would not conclude that special interests were to blame for an inefficient policy. On the contrary, the special interest groups would be the reason for implementing the socially optimal policy. In other words, finding evidence of the role of special interest groups does not tell us anything about what is efficient or what is optimal. To do so, we need an explicit theoretical argument or model. Not only that, to come to the correct conclusion we need a correct theoretical model in the sense that it addresses relevant factors, such as externalities.

In my previous post, I criticized economists for too often simply asserting that a policy is inefficient and subsequently applying Olson’s model to explain why we get such stupid, inefficient policies. I also argued that political economy should shift to using an evolutionary argument. In that post, I was short on some of these details. As a result, in this post I want to outline what I meant by this.

In 1950, Armen Alchian published a paper entiled “Uncertainty, Evolution, and Economic Theory.” In that paper he outlines an evolutionary approach to economic theory. Specifically, he argues that it might be misleading to describe firms as profit-maximizers. The reason is that when firms face decisions, there might be a distribution of outcomes across each decision. If these distributions overlap, then it doesn’t make sense to think of the firm as maximizing anything. For example, one distribution might have a higher average profit, but also be associated with a greater variance in profit than some other possible decision. So if firms aren’t maximizing profit, what are they doing?

Alchian suggested that we think of firms as practicing trial-and-error and imitation. Firms try certain things to see what works and imitate things that worked for other firms. Along the way, some firms benefit from good luck and other firms suffer from bad luck. Nonetheless, through this process of trial-and-error, imitation, and uncertainty, the profit mechanism ultimately determines what firms are able to stay in the market and what firms must leave the market. Firms that earn a profit are able to continue operating. Firms that are losing money will be forced to drop out of the market. The profit and loss mechanism therefore selects for firms who are making a profit. This might be due to the firm’s decision-making or it might be due to luck (or some combination of the two). Nonetheless, the economist should be able to explain the success (or lack thereof) of firms. An economist can look at the characteristics and decisions shared by the surviving firms and contrast those characteristics and decisions of the firms that have left the market. In doing so, one can get the sense of the role of decision-making and luck as well as the types of decisions that have proven successful and unsuccessful.

In my view, political economy would benefit from the same sort of approach. Rather than start with a baseline model to determine whether some policy is efficient or not, one should start with the policy itself.

1. What was the primary justification for the policy? More importantly, under what grounds could we consider the policy to be efficient? These questions help to set a much more relevant benchmark than some abstract model of the economist’s choosing.

2. Once these questions have been answered, the economist has some general idea about the conditions under which the policy would be considered efficient. Now, one can take an evolutionary approach to the policy. Did the policy survive for a long time and/or is it still around? What other states or countries have adopted the same or similar policies? How did states and/or countries adopting the policy perform along the relevant dimension in comparison to others? Did any other states/countries have similar policies and abandon them? What happened if they did?

The answers to these questions help to determine the conditions under which the policy survived and the relative success of those places that implemented the policy. This can help to determine if the policy actually achieved what it was supposed to and/or whether the policy is consistent with conditions under which it could be considered efficient. In addition, if the policy seems to have been an efficient response to a particular problem, it is then possible to examine why some places got rid of it and had to bear the cost of doing so thereafter.

In short, I think that it would be useful to do something in political economy with respect to government policy today that Pete Leeson has done with policies and institutions of an earlier time and place. Leeson’s work often starts by examining some policy, law, or institution that seems completely weird, strange, or backwards. He then starts with the premise that it must have been efficient. He outlines the conditions under which the policy or institution would have been efficient and then tests that theory by examining what would have to be true for his efficiency hypothesis to be correct. This approach to political economy or public choice is clearly enlightening, judging by Leeson’s publication record. However, I notice a reticence on the part of many political economists and public choice economists to take the same approach to more recent policies and institutions. The attitude toward more modern policies and institutions seems to be that we “know” that policy X or institution Y is inefficient because economic theory tells us so. Therefore we need to explain why it exists. But how do we “know” this any more than we “know” that trial by battle was a backwards and barbaric practice of no practical use? Leeson’s work showing that trial by battle was a good way of eliciting the true value that particular claimants placed on land was actually quite efficient. So maybe we should be a bit more humble about modern policy as well.