Who Will Survive the Covid-storm? 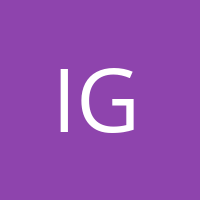 by
Indranil Ghosh
My articles My books
Follow on:
Summary:
This article was co-authored with Gina Sanchez, CEO of Chantico GlobalAs the Covid-19 death toll has raced past 100,000 in the US, and unemployment reached 40 million, you would expect stock markets to be in freefall. Instead, after plunging by more than one third between February 19 and March 23rd, the S&P 500 has pared back 70% of its losses over the past few months. The market is pricing in a strong recovery fueled by government stimulus and a release of pent-up demand. But it knows that a severe Depression could be triggered by a plethora of heavy downside risks, such as administrative and political log-jams in implementing stimulus programs, collapsing consumer confidence, contracting credit lines, and supply bottlenecks. And looming over any attempt to ease the current lockdowns, is

Raoul Pal: The Biggest Trade in the World

The Latest Macro Data and What It Means for the Economy’s Recovery – Real Vision’s Daily Briefing – Oct 22, 2020

Whither Interest Rates in Advanced Economies: Low for Long?

This article was co-authored with Gina Sanchez, CEO of Chantico Global

As the Covid-19 death toll has raced past 100,000 in the US, and unemployment reached 40 million, you would expect stock markets to be in freefall. Instead, after plunging by more than one third between February 19 and March 23rd, the S&P 500 has pared back 70% of its losses over the past few months.

The market is pricing in a strong recovery fueled by government stimulus and a release of pent-up demand. But it knows that a severe Depression could be triggered by a plethora of heavy downside risks, such as administrative and political log-jams in implementing stimulus programs, collapsing consumer confidence, contracting credit lines, and supply bottlenecks. And looming over any attempt to ease the current lockdowns, is the threat of a second waves of infections. In Germany, cases tripled in 24 hours a week after schools and shops started to reopen, putting pressure on the government to resume lockdown restrictions. But if the economy remains in a low-gear for six months or more, entire segments are likely to wither and die.

Companies with the best chance of surviving this storm will have durable revenues, easily compressible costs, a strong balance sheet and access to credit, and the agility to innovate and pick off new market opportunities.

Applying these criteria to each layer of the market, we believe that the fortunes of large-cap (S&P 500) companies will be determined largely by level of demand. As almost every sector is forced to digitize to increase efficiency and enable remote interactions, tech companies will experience strong revenue growth and their stocks will post further gains. Other beneficiaries of this trend will be an entire array of companies which supply digital infrastructure and support services like Nvidia, VMware, and Citrix.

Healthcare, and specifically biopharma, will be a more differentiated picture. The market has swerved from company to company based on their prospects for developing a vaccine. But most vaccine trials will flop so it is very risky to bet on a narrow set of healthcare stocks. Nevertheless, the sector in aggregate will be priced highly, especially as governments make significant investments into healthcare to help fight Covid-19 and to build future resilience.

By contrast, some sectors heavily dependent on consumer expenditure—many of which were already tending downwards pre-Covid—will get even cheaper. Oil and gas (O&G) valuations have been declining for a decade and will fall more sharply. Similarly, retail was one of the worst performing sectors of the S&P 500 pre-Covid. Sub-scale retailers that can’t compete online will fold.

There will be some surprises on the upside. Consumers may relieve cabin fever from being stuck at home, by going on local vacations by car and staying in hotels. Car manufacturers have been discounted in recent years due to falling ownership rates among the young, but they may regain lost ground due to Covid. Car traffic in China is back to 90% of normal levels, whereas public transport is still only at 50% because consumers feel safer in their car. In the EU, car sales are rising even as unemployment is increasing.

The mid-cap segment will be a story of access—or lack thereof—to credit. Before the crisis, mid-cap companies had gorged on debt from so-called business development corporations (BDCs)—in effect, shadow banks—racking up debt levels not seen since the internet bubble in the late 1990s/ early 2000s. Moody’s recently downgraded BDCs, which typically have a 70%-90% leverage ratio, from stable to negative, because many of them have lent to more vulnerable sectors like O&G exploration, leisure, entertainment, retail, and travel.

Post-Covid, many mid-cap firms in these sectors will fold as they are shut out from credit markets. Many exploration companies, which often run debt to equity ratios in the 50%-90% range, will struggle due to crashing oil prices and falling oil demand. On the retail and travel side, big names like J.Crew, Neiman Marcus, Gold’s Gym, and Virgin Australia have already gone bankrupt.

To add to these woes, economists are skeptical that the federal government’s $600 billion Main Street Lending Program will reach many mid-cap companies because the lending criteria are too risk-averse. Even healthier mid-cap companies may have to resort to reducing dividends or selling assets to survive.

With credit lines jammed, flexibility in cost structure may sort mid-cap survivors from their fallen peers. For example, professional services firms may fare better because they can reduce their real estate footprint more easily than industrial companies. In manufacturing, original equipment manufacturers (OEMs) will have a tougher time compressing costs compared to component makers because they have higher fixed costs and personnel costs.

Small-cap companies were cheap going into the crisis because most were suffocated by a lack of access to credit. They have become even cheaper as credit has tightened even further. The government’s Paycheck Protection Plan (PPP) will help some small-cap companies to stay afloat. However, some companies in vulnerable sectors will run out of cash even with the stimulus programs.

Nevertheless, within this segment there are companies which the market is pricing cheaply but are in fact highly valuable. Not surprisingly, many of these are in the biotech space, such as AMAG Pharmaceuticals and Medigene. The crisis will precipitate a round of acquisitions of companies like these by companies that still have cash.

Although the crisis will leave much destruction in its wake, periods of disruption usually have silver linings. As the ashes of the 2008-09 recession settled, companies which went beyond short-term cost cutting measures to fundamentally transform their business emerged as outperformers. This crisis is likely to be no different— the big winners will be agile innovators.

We have already seen glimmers of ingenuity from companies like Denny’s. In March sales of the diner chain were down by 19%. But since then, the company has shaken up its sales channels by offering free delivery, curbside takeout, and home meal kits with ingredients and simple recipes. The firm has also pivoted to sell affordable groceries at its drive through locations, enabling people to pick up essentials without entering crowded areas. And all purchases can be made online, phone call or via Facebook.

Some of the world’s most transformative companies were forged in the crucible of past recessions. Microsoft developed the concept of the personal computer during the recession of the 1970s, Netflix almost flopped in the dotcom crash but transformed itself to go on to dominate online streaming, and Airbnb was born in the 2009 recession as people rented their properties to make ends meet. We expect that the Covid crisis will bring about a raft of innovations in biotech, healthcare, and technology which will benefit all of us for years to come.

My articlesMy books
Follow on:
Previous Higher Debt, Deeper Digitization, and Less Globalization Will be Coronavirus Legacies
Next Worse Than Expected Coronavirus Contraction in ASEAN-4