Home / Economonitor / The Euro after COVID-19 and the “Three Germanies”

The Euro after COVID-19 and the “Three Germanies” 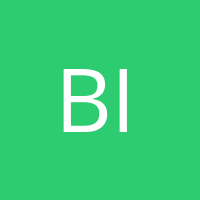 by
Biagio_Bossone
My articles My books
Follow on:
Summary:
In international matters, it is customary to think in terms of countries understood as "monoliths" guided by clearcut national interests that each monolith tries to assert by leveraging its own political weight (including, if necessary, its military prowess), as well as its economic influence, network of alliances, negotiating ability and internal leadership, and everything that can be used for the purpose. In short, it is like reasoning with a chessboard in mind on which homogeneous national subjects, unitarily identified, confront each other.The decision of the German Constitutional Court of last 5 May stated that the public securities purchase program launched by the ECB in 2015 is inconsistent with the principle of proportionality enshrined in the European treaties, casting a shadow on

Biagio_Bossone writes The Monetization of Fiscal Deficits: What is it Exactly?

In international matters, it is customary to think in terms of countries understood as "monoliths" guided by clearcut national interests that each monolith tries to assert by leveraging its own political weight (including, if necessary, its military prowess), as well as its economic influence, network of alliances, negotiating ability and internal leadership, and everything that can be used for the purpose. In short, it is like reasoning with a chessboard in mind on which homogeneous national subjects, unitarily identified, confront each other.

The decision of the German Constitutional Court of last 5 May stated that the public securities purchase program launched by the ECB in 2015 is inconsistent with the principle of proportionality enshrined in the European treaties, casting a shadow on the current ECB's purchase program (PEEP) established to deal with the effects of the pandemic.

The attempt to gauge the possible economic implications for a country like Italy (and, hence, the Eurozone) during and after the Covid-19 crisis, has led us to go beyond the monolithic vision above, considering that, like all nations, Germany – as Europe’s leading country – is crossed by different legitimate interests and goals, which can determine different international consequences depending on which of them prevail over the others.

We have thus tried to think in terms of three different "Germanies," each pursuing its own agenda:

• Berlin-Germany, headed by the German government and the country's powerful industrial lobbies, interested in preserving the euro at the lowest possible cost for the German taxpayer;

• Karlsruhe-Germany, the juridical-normative Germany represented by the Constitutional Court, which guarantees German compliance with international rules and treaties.

All three Germanies move, obviously, within the same cultural space and value context, based on principles of strict discipline and respect of the rules; yet, each is after the objectives that are proper to it, as just recalled.

If we start from this working hypothesis, it is then a question of how these different objectives may reflect on Italy’s management of the Covid-19 crisis and its further repercussions on the Eurozone.

In the war against Covid-19, German-led Europe has found itself facing a deep dilemma between defending, on one side, the integrity of the principle of Germanic financial "rigor," with the very high risk of seeing the euro implode, and condescending, on the other side, to some form of financial largesse invoked by many of the countries in the old continent as well as by certain sectors of the national public opinion of Germany and its satellite countries.

The implosion of the euro, beyond the risks and challenges that would pose in the immediate future even for a powerful economy like the German one, would take away from Germany the enormous benefits the country draws from the existence of the euro: Berlin-Germany may neither want nor permit this to happen, although it also wants no burden to fall on the federal budget (except the minimum necessary for claiming to be supportive of its partners...). Thus, its aim is to try and force debtor countries like Italy to take charge of their own debt without asking for transfers or guarantees, and yet avoid pulling too much on a rope that can very easily break, causing these countries to default. Therefore, while debt monetization may not even be named, Berlin-Germany would not really mind the ECB continuing its securities purchase program, thereby allowing these countries to move forward without systemic consequences for the euro, and to defer to a later time their fiscal adjustment due.

On the other hand, giving in on the austerity dogma that the German leadership has always imposed on the Eurozone would mean giving in on the central hinges that have governed the single currency so far. Frankfurt-Germany fears the specter of uncontrolled money creation to which safeguarding the euro can lead, while Karlsruhe-Germany watches that, in an attempt to do so, a part of the German state - the Bundesbank - does not transcend the legal perimeter that limits its action when it operates as part of the ECB. Karlsruhe's latest ruling reflects the fear that this has already happened.

How to solve this dilemma? And what consequences would its resolution have for Italy and the stability of the Eurozone as a whole? There are three possible scenarios:

It must be noted at the outset that the ECB does not respond directly to Karlsruhe-Germany, but only to its own governing council, of which Frankfurt-Germany is only a member, however authoritative. As such, the latter will urge the ECB to produce a legal opinion on the matter. Yet, whatever Karlsruhe's inferences will be, they will not necessarily have to change the ECB policy, which is decided by its governing council by majority. Therefore, even if Karlsruhe wins, the ECB is assumed to continue the securities purchase operations, standing ready to extend them if necessary, while it would be up to Karlsruhe-Germany to determine whether or not the Bundesbank could legitimately participate in them. True, the operations may continue even with the Bundesbank out. However, if such scenario were ever to materialize, the Eurosystem would be subject to a political vulnus of immense proportions: there would be an ECB from which the lead country had distanced itself. This would be tantamount to a very serious fracture of the euro, and the consequences would no doubt be felt deeply and widely.

As far as Italy is concerned, the consequences would be serious. If the ECB's purchasing program continues without repercussions, the country will be able to continue borrowing at acceptable costs, benefiting from the ECB's support as long as this support continues. The country would be entirely dependent on it and would be at the mercy of any event that might jeopardize the existence of the euro - unless it prepared for this eventuality.

In this scenario, Frankfurt-Germany manages to build an alliance within the ECB council that leads to the blocking of the purchase operations. Here, the situation would rapidly evolve into a fully-fledged crisis and the risk of the euro breaking up would be more than concrete. Every man for himself!

This is perhaps the most likely scenario, the one in which the interest of the German government and the internal lobbies to save the euro is achieved, at no cost to the taxpayer, but taking into account also the objectives of the other two Germanies. The suspicion even arises that, in an admirable role-playing game, Frankfurt and Karlsruhe push on Berlin to induce the other EU governments to converge towards a solution that resolves the dilemma between rigor and the existence of the euro in a way that is subservient to their vision. Such a solution should provide that, in exchange for continued ECB support, countries should subject themselves to strong fiscal adjustment rules and external enforcement mechanisms (e.g., the ESM and involvement of Troika-like enforcers), such as those that were adopted for Greece.

Can Italy do it alone?

It should, and it should do so quickly. Limiting its dependence on external decision-makers and avoiding to further relinquish shares of national sovereignty should be its own priority strategic objectives.

However, it is necessary to understand what "doing it alone" means. If it is understood as further increasing public debt, counting on the private savings that Italian citizens, driven by patriotic sentiment, should make available to the State on conditions of particular generosity to it (i.e., low interest rate on very long-term debt obligations) frankly we think this would lead us nowhere. Italy’s stock of public debt to be rolled over and the new debt issuances to be placed in order to fund the economic recovery are so massive that recourse to the international markets, at their conditions, seems unavoidable.

The only alternative is the introduction of "Fiscal Money" (parallel to the euro), which we have been proposing for some time (see references below), which is now finally part of a draft law submitted to Parliament and under Government attention.

Fiscal Money, in the form of non-payable, deferred tax credit certificates (TCC) is a non-debt (non-defaultable) instrument (by EU accounting rules), which does not involve cash repayment commitments from the issuer and does not generate fiscal deficit at the time of issuance. For the financial markets, the size of the TCC outstanding would not be a problem as long as the steady reduction of public debt (as a share of GDP) were ensured.

The introduction of Fiscal Money would provide Italy with a mechanism for introducing new purchasing power in the economy, which would increase consumption, support social spending, revive public investment, and reduce the tax burden on citizens and companies, thus stimulating output and raising fiscal revenues.

Important steps in this direction are being taken by Government. In the decree law recently passed, sector-specific fiscal bonuses have been introduced (e.g., for the energy, housing and tourism), whereby companies can be paid with tax credits that can then be sold to the banks at a discount.

The next key steps to be immediately taken should include:

i) rendering the transferability of these bonuses unlimited, and

ii) enabling usage of these bonuses as means of payments, setting up for them a dedicated national payments platform.

This would make our Fiscal Money proposal complete and would accomplish it de facto.

• launch a multi-year fiscal-money issuance program, which - once fully operational – would reach a steady circulation of 100 billion euro of TCC, and

• announce that the public debt / GDP ratio (which will hit 160% in 2020) will start declining steadily thereafter as GDP grows due to the (real and nominal) output increase led by the persistent and large aggregate demand shock, financed by fiscal money.

We have never considered Fiscal Money as a step to Italexit (and, hence, to the breakup of the euro). On the contrary, we believe it is the way to address the negative effects on Italy of some of the Eurosystem's most serious malfunctions.

There is no doubt, however, that it also constitutes a "safeguard" measure in the event that external circumstances should precipitate the breakup.

The Karlsruhe ruling is proof that such an event lays within the realm of possibilities.

References to Works in English from the Group on Fiscal Money

The Diagnosis of Italy’s Disease: Where we think Charles Wyplosz is Wrong, Economonitor, 19 July

A parallel currency for Italy is possible, Politico.Eu, 7 July https://www.politico.eu/article/parallel-currency-italy-possible-eurozone/

Fiscal money as a solution to Italian eurowoes, Telos, 23 May

From Grexit to Exitaly? Let’s Stop This Madness, EconoMonitor, 7 July

A Parallel Currency for Greece: Part I, with M. Cattaneo, VoxEu, 25 May

A Parallel Currency for Greece: Part II, VoxEu, 26 May

Greece Still Has a Fighting Chance, EconoMonitor, 18 May

Greek Parallel Currency: How to Do it Properly, EconoMonitor, 21 April

Saving the Eurozone from Stagnation: Can Draghi Do it Alone?, EconoMonitor, 16 March

Which Options for Mr. Renzi to Revive Italy and Save the Euro?, EconoMonitor, 3 July

The statistical detective work required to lift the lockdowns