Home / Casey Mulligan: Supply and Demand / Do Election Forecasts Suffer from a Lack of Economics?

Do Election Forecasts Suffer from a Lack of Economics? 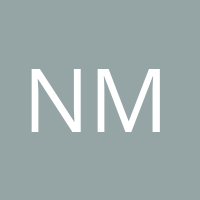 by
[email protected] (Casey B. Mulligan)
My articles My books
Follow on:Twitter
Summary:
]]> Forecasts of this election are certainly missing economics.  However, lacking knowledge and skills of the other tools and methods for election forecasting, I cannot say how much the absence of economics matters.  My only purpose here is to cite the missing economics and attempt to assess the direction of the forecast bias as it pertains to the Presidential election.  The missing economics fit into three categories: information aggregation, voter incentives to tell the truth, and voter incentives to participate in the general election. At the time of writing (Oct 30), the RealClearPolitics Poll Average is Biden +7.9 (51.4-43.5) nationally and +3.1 (48.9-45.9) in the top battleground states.[1]  Based on a very similar dataset, FiveThirtyEight puts Biden’s chance of winning at


[email protected] (Casey B. Mulligan) writes Look at Article II of the Constitution before Censoring Trump

[email protected] (Casey B. Mulligan) writes Canaries in the Coal Mine

Simon Wren-lewis writes Can we think about politics from Blair onwards in one chart? and what it means for Blue Labour

Simon Wren-lewis writes Labour’s position on Brexit is not a compromise, but is taking the wrong side

Look at Article II of the Constitution before Censoring Trump

Canaries in the Coal Mine

Unions and Inequality: Looking at the Obvious

At the time of writing (Oct 30), the RealClearPolitics Poll Average is Biden +7.9 (51.4-43.5) nationally and +3.1 (48.9-45.9) in the top battleground states.[1]  Based on a very similar dataset, FiveThirtyEight puts Biden’s chance of winning at 90 percent while The Economist puts it at 96 percent.  FiveThirtyEight (Economist) forecasts that Biden will win by 156 (162) electoral votes, respectively.

The polls used for these averages and forecasts (hereafter, “the forecasters”) contact potential voters by landline, cell phone, and internet and ask them “Who do you think you will vote for in the election for President?” (emphasis added).  Other questions are asked about the election, but it does not appear that the answers to these questions are part of the aforementioned averages or forecasts.

U.S. voters are heterogeneous and scattered over millions of square miles.  One of the challenges for an election forecaster is to assemble or reweight a polling sample that is representative of those who actually vote.  For this purpose, the polls used in the averages and forecasts do some reweighting of their samples by demographics.  Most famously, less-educated voters are often (but not always) upweighted given that their relative propensity to vote in recent years has exceeded their relative propensity to participate in polls.  Other demographic variables sometimes used for these purposes are voter registration and voting history.

As recently as a few years ago, it was well known that another poll question has a much better track record at predicting election outcomes: “Who do you think will be elected President in November?”  This “expectation” question is included in some of the polls used by the forecasters but, as far as I can tell, are not any part of the forecast.[2]

David Rothschild and Justin Wolfers found in 2012 that the optimal forecasting weight on the expectations question is about nine times the weight on the own vote question.  Furthermore, the optimal weight on voter expectations is, they said, even greater when: (1) “voters are embedded in heterogeneous ... social networks,” (2) “they don’t rely too much on common information,” and (3) “small samples are involved.”  Two of the three of these criteria describe 2020 voters even better than they described voters in the past.

A couple of pollsters express interest in voter expectations and find them to deviate significantly from the own vote intentions that are the foundation of election forecasts.  The USC Dornsife poll (7-day window ending October 29) finds Biden leading by 11.6 in own vote intentions but only 2.1 points in election expectations!  When respondents are asked about how they expect their social contacts to vote, Biden leads by 5.3 points.[3]  The Fox News Poll found Biden winning by 10 points on the own-vote question but losing by 9 points on “do you think more of your neighbors are voting for Joe Biden or Donald Trump?”

In other words, the own-vote question that is the foundation for the forecasts differs from the other questions by 6 to 19 percentage points, which is several multiples of the RCP battleground average Biden-Trump gap of 3 percentage points.

Gallup, which does not even ask the own vote intention question, finds that 56 percent of Americans expect Trump to win.  Betting markets put Trump’s chances at about 34 percent.  Both of these are far different from the election forecasts built on own-vote polls.

Betting markets are rich enough to allow bets on the electoral margin of victory.  The most expensive contracts are Biden 150-209 and Trump 60-99.  One of these coincides with the election forecasts but the other is wildly different.  In other words, betting markets seem to put significant probability on the event that the polls used by the forecasters are way off in Biden’s favor.[4]

The incentives to truthfully participate in polls are different from those to participate in the general election and these differences are correlated with political affiliation.

One of the potential incentives is “social desirability.”  A Cato poll found that 62 percent of Americans “say the political climate these days prevents them from saying things they believe because others might find them offensive.”  Another study found that 11.7 percent of Republicans said they were reluctant to tell the truth on telephone polls (about the Presidential race), as compared to 5.4 percent of Democrats and 10.5 percent of Republicans.

Trump is the Bad Orange Man to many.  Biden is the overwhelming choice among the rich and famous, many of whom blamed Trump’s 2016 victory on his allegedly deplorable racist supporters.  More recently, property destruction (looting) has become more common and may be related to anti-racism in the minds of some voters.  This suggests that some fraction of Trump supporters would not acknowledge their support for him – the “shy Trump voter” – especially those in Democratic communities.

The quantitative question of course is the magnitude of the effect of shy-Trump and shy-Biden voters on poll results relative to election results.  I have been amazed how little effort the forecasters put into assessing this magnitude and applying a correction.  Today Nate Silver dismissed the shy Trump voter theory by transforming it into a straw man that a huge red wave is coming, which he says is contradicted by early voting data.  In the past he did nothing more than take the difference between the results of phone polls and internet polls (note that today Biden’s edge is two percentage points more in phone surveys, which is not negligible and is in the expected direction).[5]

Social desirability bias is one of the reasons why pollsters have fielded the voter-expectation and voter-neighbors questions.  Mr. Silver says this approach is “stupid” because it deviates from “the shy-Trump voter narrative.”

Another step, taken by the Democracy Institute, Trafalgar and others, is to repeatedly assure respondents that their responses are fully confidential.  They assert that the assurances affect the poll results, although I have not seen estimates of the magnitude.

Voting in person or by mail is different than picking up the phone or opening an email to begin an online survey.  The difference is particularly stark during a pandemic.  I do not see that forecasters are accounting for any relationship between the difference and political affiliation.

Republicans are doing much less to withdraw from normal activities in an effort to protect themselves from COVID-19.  Gallup found that more than 77 percent of Democrats worried about getting the coronavirus whereas less than 29 percent of Republicans worried about that.  More than 70 percent of Democrats were avoiding going to public places as compared to less than 38 percent of Republicans.[6]  Meanwhile, confirmed cases are surging in the Midwest.  A widely televised expert even went so far as to say that Midwesterners would not be adequately protected by a cloth mask and that going out in public required a N-95 mask instead.

In short, COVID-19 surges create a perceived cost of in-person voting that is likely greater for Democrats than Republicans.  Some will switch to voting by mail but perhaps others will not vote at all.  I do not have an estimate of the magnitude of this effect.

Overall, economics by itself suggests that the widely cited polls are exaggerating the electoral advantage, if any, that Biden will have on election day.  I am no polling expert and therefore cannot assess the magnitude of these polling biases.  Betting markets and other methods of information aggregation do not show as much optimism for Biden as do the election forecasters.  These markets appear to put significant probability mass on the event that Biden’s election results are far worse than his polling results.

[2] E.g., FiveThirtyEight.com provides the data used for its forecasting model and “expectation” questions are not listed therein.

[3] My purpose of citing USC is not to assert that it is more accurate than others, but merely because it fields the various questions of interest in the same samples so that sample procedures can be held constant.

[4] Josh Barro provides some reasons why the betting markets might be skewed.  I have myself seen election betting markets depart wildly from objective reality (traders apparently unaware of what exactly they were trading).  With that said, a profit maximizing bookmaker might subsidize or discount election betting in order to draw in customers who would continue betting with their winnings after the conclusion of the election.  If Trump voters are especially elastic to the discounts, bookmakers may price Trump contracts low (perhaps a couple of percentage points).

[5] Mr. Silver has seen a lot of data related to elections, which may have revealed to him that shy Trump voters are negligible for reasons that he cannot (or will not) articulate in public.

My articlesMy books
Follow on:Twitter
Previous Unions and Inequality: Looking at the Obvious
Next Canaries in the Coal Mine

Halloween Around the World