Home / Brad Delong, Berkeley / What Members of Congress Can Do After the Bailout

What Members of Congress Can Do After the Bailout 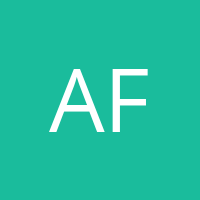 by
Amanda Fischer
My articles My books
Follow on:
Summary:
(This opinion piece first appeared in the American Prospect on March 30, 2020.) Congress was faced with a choice last week over how to restructure our economy in the wake of the coronavirus crisis—a choice over the scale and length of the pain inflicted, and its impact on working people. While Democrats and Republicans were far apart in their first negotiating bids, the big, pricey package eventually reached a point of consensus, and advanced through Congress last Friday. It includes a response to the health care crisis facing hospitals; significant increases in unemployment benefits and some direct payments to individuals; help for small businesses; and, unsurprisingly, corporate bailouts. When it’s all totaled, it’s expected to cost around trillion, but that’s an

Equitable Growth writes Coronavirus recession: How to get the U.S. economy back on track

John Maynard Keynes: How Much Does Finance Matter?

(This opinion piece first appeared in the American Prospect on March 30, 2020.)

Congress was faced with a choice last week over how to restructure our economy in the wake of the coronavirus crisis—a choice over the scale and length of the pain inflicted, and its impact on working people. While Democrats and Republicans were far apart in their first negotiating bids, the big, pricey package eventually reached a point of consensus, and advanced through Congress last Friday. It includes a response to the health care crisis facing hospitals; significant increases in unemployment benefits and some direct payments to individuals; help for small businesses; and, unsurprisingly, corporate bailouts. When it’s all totaled, it’s expected to cost around $2 trillion, but that’s an understatement—the $454 billion in corporate bailout funds will capitalize a Federal Reserve lending facility leveraged up several times over, totaling a whopping $4.5 trillion, according to Fed Chairman Jerome Powell’s comments.

The success of our economic response to the coronavirus will be determined not just by what was in the bill that passed last week, but by how the Trump administration decides to use its authority, and how policymakers wield power and conduct oversight. Though the final bill was over 800 pages long, that still provides vast leeway in shaping how nearly $6.5 trillion will flow through our economy.

On this point, the lessons from the 2008 crisis are clear. Over a decade ago, federal policymakers bailed out the banks with the $700 billion Troubled Asset Relief Program. This legislation left large structural choices up to the executive branch—first the Bush administration and then the Obama team. Decisions around how to spend the bailout money and direct aid to people and families, combined with Federal Reserve actions that ramped up the stock market, had the effect of exacerbating, rather than alleviating, the economic inequality that made our economy so fragile in the first place.

We are faced with a similar pivotal moment today, with a public-health crisis rightly consuming policymakers, and an economic crisis just a half-step behind. So what lessons can Congress learn from 2008?

Demand simple programs. The Trump administration will have significant flexibility in setting up programs authorized by the coronavirus legislation. Whether aid is designed to flow quickly or slowly is a reflection of how policymakers view different sets of interests.

When it comes to helping corporate America, program design tends to be simple and focused on delivering needed aid fast. After all, the Federal Reserve and Treasury Department bailed out massive insurer AIG over the course of a weekend in 2008.

But when it comes to helping ordinary people, program design tends to be either rickety or deliberately complex. During the foreclosure crisis, complicated program rules were a key reason that loan modification programs failed. The Obama Treasury Department, which ran these programs, was fixated on “moral hazard,” or the perceived problem of rewarding homeowners for bad behavior. This effort was designed to blunt attacks by lawmakers who opposed helping homeowners to begin with, and who were never satisfied, no matter how onerous and ineffective the program became. Stories are legion of people submitting reams of paperwork to qualify for loan modifications, only to be told that while their file was under review, one form became outdated or changed, or the bank foreclosed anyway while the application was in process.

Policymakers must demand simple program design with the goal of delivering aid, rather than obsessively focusing on rooting out “undeserving” recipients. Anything less than that will send a strong signal to working people that their emergencies aren’t recognized.

Chase your issues. While lobbyists have unlimited resources to bring their will to power, lawmakers are stretched thin, with more money spent by corporations on lobbying than the entire budget for congressional staff. Again, the last crisis provides a lesson. While lobbyists succeeded in slowly weakening the Dodd-Frank financial reform law piece by piece, a $1 billion program at HUD to help unemployed homeowners went up in smoke while almost no one paid attention. Because of bureaucratic failures and an absence of congressional attention, HUD spent less than half the money allotted, surrendering $500 million that could have helped families.

With the coronavirus rescue, lobbyists will be working hard to ensure that money allocated to their industries delivers as expected. The “blitz” of advocacy on behalf of airlines won them $46 billion in loans and $68 billion in grants and other money; now lobbyists have to be sure it arrives as expected. The separate pot of $454 billion, leveraged up to $4.5 trillion, can go to other powerful industries like hotels, cruise lines, or casinos, which will all be fiercely competing for those investments. When it comes to help for families and small businesses, and accountability for taxpayers, policymakers will have to deploy the same level of lobbying persistence. Checks to families might not arrive at the right address. A $350 billion small-business program, administered by a famously laggard Small Business Administration, may never get off the ground. And whatever meager conditions on corporate bailouts exist may never get enforced. Members of Congress have a powerful role to play here, even after bills are enacted, to chase these kinds of problems until they’re fixed.

Know your power. Much of the authority to write legislation resides with the staff of the House and Senate leadership, and a few key committee staffers. But that doesn’t mean that rank-and-file members of Congress don’t have power. Junior members can bring real change by picking one or two issues, and then doggedly pursuing those topics through investigations within their congressional offices. Those small investigations can force defense contractors to return millions of dollars, pressure companies to raise wages, or expose Wall Street hypocrisy to millions of people.

While it may be impossible for Congress to shame the Trump administration, which has ignored subpoenas and demands for testimony, corporate America will pay attention. Members need to know the power of their microphone and understand that simply turning their gaze toward an issue can cause companies to change practices in order to front-run damaging criticism.

Beware of pandemic profiteering. With $2 trillion legislation, levered up several times further, new modes of profiteering are inevitable, and these tend to target the most vulnerable people, already suffering the most from the coronavirus and its economic recession. With the 2008 bailouts, that included big banks manipulating government loan modification programs, and scam artists trying to steal a few thousand dollars from homeowners desperate for help.

The coronavirus legislation will have its own unique forms of profit-making. For example, the bill includes $100 million for the Treasury Department to hire a Wall Street firm to help administer bailouts. That contract and the bidding process to award it must be transparent. Members of Congress need to demand accountability and that scammers be aggressively pursued, whether they are fly-by-night bad actors or big corporations trying to manipulate new government programs. Of course, we have law enforcement agencies tasked with policing this fraud, and in the instance of the corporate bailouts a five-member oversight panel and a committee of inspectors general. But enforcers and overseers can become complacent or captured without Congress breathing down their necks for reform.

Don’t have a short memory. Absent structural reform that rebalances power to workers, wealthy people and corporate America are likely to recover more quickly from the coronavirus pandemic than anyone else. Even before the coronavirus, younger and lower-income people, and those with lower levels of education, struggled to return to pre–Great Recession levels of income and wealth, while the richest 10 percent of Americans surpassed those pre-recession levels. And while many working people hustled to break even a decade after the last crisis, the largest corporations have, in recent years, posted record profits.

When the recovery inevitably comes, the beneficiaries of corporate bailouts will return to the same business practices that made many of their companies fragile to begin with—practices like stock buybacks that drain companies of money, or poor emergency planning, facilitated by outsourcing and just-in-time logistics, that leave companies exposed to shocks. What’s worse, some on Capitol Hill will be inclined to pretend the crisis never happened and turn to the same failed leaders for advice. In the last crisis, that meant that Citigroup ghostwrote legislation to undo key reforms in Dodd-Frank just six years after the bank would have collapsed without a bailout.

A key test of Congress will be to resist that slow weakening of reforms. If the economy is bad, they’ll argue that deregulation is the macroeconomic stimulus we need to jump-start the economy. And if the economy is good, they’ll say the regulation is no longer needed because everything is working fine. That amnesia must be rejected if we have any shot of enacting durable reforms moving forward.

Famously, one top Wall Street lobbyist said that the day President Obama signed the Dodd-Frank Act into law was only “halftime.” The second half would be fought over the law’s implementation. Good lawmakers recognize this fact, too, and use the tools and power at their disposal to fight for the issues they care about.

My articlesMy books
Follow on:
Previous Coronavirus UPDATED…
Next Two things state and local governments can do to mitigate the coronavirus recession in the United States