The importance of an expanded U.S. Unemployment Insurance system during the coronavirus recession 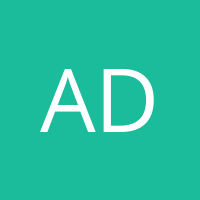 by
Arindrajit Dube
My articles My books
Follow on:
Summary:
On March 24, my colleagues Emmanuel Saez and Gabriel Zucman at the University of California, Berkeley, gathered some 100 fellow economists and other experts online to discuss the actions the U.S. Congress and the president need to take now to mitigate the impact of the coronavirus lockdown on people and the economy. This occurred a few days before the enactment of emergency legislation by Congress that was signed by President Donald Trump this past Friday. As one of the presenters at the online conference, my focus was on how best to use the Unemployment Insurance system, a critical part of the solution for laid-off workers and the economy more broadly. Following is a summary of my comments, with updates due to the swiftly changing policy landscape. As I reminded the group, fiscal

How the coronavirus recession is impacting part-time U.S. workers

On March 24, my colleagues Emmanuel Saez and Gabriel Zucman at the University of California, Berkeley, gathered some 100 fellow economists and other experts online to discuss the actions the U.S. Congress and the president need to take now to mitigate the impact of the coronavirus lockdown on people and the economy. This occurred a few days before the enactment of emergency legislation by Congress that was signed by President Donald Trump this past Friday. As one of the presenters at the online conference, my focus was on how best to use the Unemployment Insurance system, a critical part of the solution for laid-off workers and the economy more broadly.

Following is a summary of my comments, with updates due to the swiftly changing policy landscape.

As I reminded the group, fiscal policy—the use of both spending and tax measures—is and will continue to be central to our country’s efforts to minimize the damage from the shutdown of the U.S. economy due to the coronavirus pandemic. Broadly speaking, fiscal policy plays two key roles: providing social insurance to make whole, to the extent possible, those most directly and deeply harmed by the economic downturn, and support for aggregate demand—making sure that people have money to spend to support themselves and spur economic renewal.

In the current lockdown period, the predominant role of fiscal policy is to provide social insurance to workers and fill holes in the balance sheets of employers. Aggregate demand stimulus will primarily be useful when we have eased the current supply constraints. In other words, right now, people’s ability to purchase goods and especially services is constrained by a shortage of things to purchase and opportunities to purchase them. That doesn’t mean we should not provide any support at all for aggregate demand, such as the $1,200 payments that will be going out to most individuals in the coming weeks, but we want to make sure we have in reserve even greater support for aggregate demand when we actually can expand.

My focus, then, is on social insurance. How do we make sure, when we just saw more than 3 million people apply for Unemployment Insurance in one week (nearly five times the previous weekly record when seasonally adjusted), with millions more to follow, that their paychecks don’t fall dramatically? This is important because in the United States right now, due to a number of weaknesses in the federal law and additional restrictions at the state level, only about 25 percent of people who are unemployed actually receive unemployment benefits, and for those receiving benefits, on average, less than 50 percent of their paycheck is replaced. So, these mass layoffs are a huge hit to millions of workers and their families, and we need a way to deal with that.

Moreover, how can we avoid at least some permanent layoffs by making it possible for businesses to instead use a combination of furloughs, temporary layoffs, or other measures, such as work sharing, with the knowledge that their workers will be able to replace much of their wage loss? With such alternatives, the federal government can pick up part of endangered businesses’ payroll costs, helping them to survive, while maintaining long-term links between workers and firms.

To be clear, while I am focusing on unemployment insurance, one size will not fit all. There will be other ways to help businesses, including loans and grants, to help them keep workers on their payroll.

That said, I am focused on unemployment insurance for several reasons. First is the most obvious one: The Unemployment Insurance system is up and running, and we understand how it works. Second, it’s relatively fast. It can get checks out in weeks, not months. Third, it’s highly targeted. It goes to those losing part or all of their jobs, exactly the people who are being hurt the most. Fourth, the Unemployment Insurance system allows multiple options for retaining those employer-employee connections, including temporary layoffs, partial benefits—a reduction of hours with partial unemployment benefits—and, work sharing, in which an employer, instead of laying off, say, 30 percent of workers, reduces all workers’ hours by 30 percent, and the government fills in the rest of their income with these benefits. Finally, the Unemployment Insurance system has a long history in this country, including a history of emergency expansions during economic crises.

Many of the proposals I talked about last week have been incorporated in some form into the legislation that was just signed into law, and some were not. There will be time to address more of these issues now that the first major bill is complete, but this is an important step. .Below I compare elements of my original proposal to what was signed into law last week.

There are four key aspects to my proposal.

What are the benefit increases for workers under my proposed plan? This will vary with the wage-replacement rate we want to achieve and the maximum absolute weekly benefits allowed under the program. Under the Unemployment Insurance program, states have considerable discretion as to both of these levels, so these figures are based on averages, not on any particular state.

Here, it should be noted that the legislation enacted by Congress takes a somewhat different approach. To make the program as simple as possible, the new law will provide most beneficiaries with a flat weekly benefit increase of $600. Overall, for workers eligible for unemployment benefits, this will raise their benefits even more than my proposal, which would have raised benefits by a little less than $500. The flat increase also means a particularly high increase in benefits for low-wage earners, many of whom may see their unemployment benefits exceeding their paychecks. In contrast, higher-wage earners would fare better with an increase geared to their previous wage. But I should note that for workers not traditionally eligible for Unemployment Insurance—the self-employed—the benefit amounts provided by the Pandemic Unemployment Assistance are lower, at one-half the state average benefit plus $600.

I also made a fairly crude estimate of the potential cost of the kind of program I proposed. Figure 2 provides one example. It shows the cost if the proposal resulted in 75 percent of unemployed workers, rather than the current 25 percent, receiving benefits, with the maximum weekly benefit set at $1,500 and the wage-replacement rate set at 75 percent.

As Figure 2 shows, at an unemployment rate of 20 percent (an entirely realistic figure, unfortunately), the approximate cost over six months would be $366 billion. The estimated cost of the Unemployment Insurance measures passed by Congress is roughly $260 billion, a difference that could be explained by fewer formerly ineligible people being brought into the system, among other differences and assumptions. Interestingly, this is about the cost the Unemployment Insurance component of the CARES Act was estimated to be by numerous analysts, including the Joint Committee on Taxation.

To summarize, Unemployment Insurance is a useful, fast, and effective way of providing social insurance to a sizable set of workers. At the same time, this is only part of the solution, especially for those in the upper half of the wage distribution. Providing additional mechanisms to keep workers on payrolls is important, but this gives an immediate boost to exactly those who need it, and it allows plenty of room to adjust the program in subsequent legislation, as well as address aggregate demand issues down the road, when those who now are losing all or part of their wages are able to come back to work.

My articlesMy books
Follow on:
Previous The long-term consequences of recessions for U.S. workers
Next How the coronavirus pandemic is harming family well-being for U.S. low-wage workers

Why America Is Losing to COVID-19