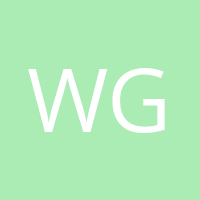 Articles by William A. Galston

By William A. GalstonIn his long war against America, Osama bin Laden has won a sweeping if posthumous victory. The U.S. reaction to the 9/11 attack he masterminded is like the cytokine storm that can occur when COVID-19 attacks us: the defensive measures our bodies mount go too far and damage the vital organs our antibodies were meant to protect. The 9/11 era began in Afghanistan, and now it has ended there, in humiliating defeat.
The United States is weaker, more divided, and less respected than it was two decades ago, and we have surrendered the unchallenged preeminence we then enjoyed. Although our response to 9/11 is not solely responsible for these negative developments, it has certainly contributed to them.
It did not have to be this way. Misjudgments by four successive presidents

END_OF_DOCUMENT_TOKEN_TO_BE_REPLACED

Can the Biden presidency survive the impact of Afghanistan?

By William A. GalstonSurvey research often produces ambiguous or contradictory results, but not in the case of Afghanistan.  The American people decided years ago that the war in Afghanistan was not worth the cost, and nothing they have seen during the past few weeks has changed their minds. Support for ending America’s military involvement remains high, despite the public’s belief that the withdrawal will increase the threat of terrorism and diminish our national security.
Nevertheless, the people distinguish between the decision to withdraw and the way this decision has been carried out. About three in four Americans believe that our exit has gone badly, and only 33% think that there is a clear plan for evacuating U.S. civilians.
Americans’ concern extends to the Afghans who supported

END_OF_DOCUMENT_TOKEN_TO_BE_REPLACED

How should we address the US’s history of slavery and racism? Here’s what Americans think.

By William A. GalstonDiscussion of racial issues has intensified in recent years, with vigorous debates emerging at the national and local level over once obscure academic arguments such as critical race theory. At the core of much of the discussion is how we should confront America’s history of slavery and racism. As this debate continues, a recently released report from the Pew Research Center sheds new light on the question.
Here are the core findings: Although 48% of Americans think that the country has made real progress on race over the past 50 years, 50% say that a lot more needs to be done, 57% believe that whites benefit from advantages that Black Americans lack, and 53% view increased attention to slavery and racism as positive for society.
Beneath these aggregate statistics,