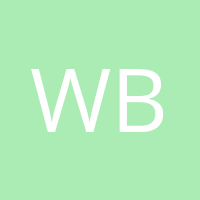 Time for a Selective Debt Jubilee

With a global depression looming, no country will be able to avoid the need for massive stimulus spending and the explosion of debt that will come with it. While advanced economies have creative options for managing these claims, it is already obvious that developing countries will need a more radical solution.

NEW YORK – The COVID-19 crisis will leave many private and public borrowers saddled with unsustainable debt. We are still in the “pre-Keynesian” supply-shock-cum-derived-demand-shock phase of what is likely to be a global depression. But once the virus is mostly vanquished, households will engage in precautionary saving, and businesses will be reluctant to commit to capital expenditures, driving a further

END_OF_DOCUMENT_TOKEN_TO_BE_REPLACED

In a new ruling, Germany’s highest court has threatened to throw a wrench into the European Central Bank’s efforts to extend liquidity and other forms of assistance to distressed eurozone governments. Coming amid a deep economic crisis, the court’s decision could force one or more countries to crash out of the monetary union.

NEW YORK – Germany’s Federal Constitutional Court has just set in motion a process that could culminate in the unraveling of the European Economic and Monetary Union. The court has ruled that, following a transitional period of no more than three months, the Bundesbank may no longer participate in the eurozone’s Public Sector Purchase Program (PSPP), unless the European Central Bank demonstrates

END_OF_DOCUMENT_TOKEN_TO_BE_REPLACED

The Problem With MMT

With governments searching for ways to manage the unprecedented economic fallout of the COVID-19 pandemic, the policy agenda implied by Modern Monetary Theory has become all the more appealing. Yet, insofar as MMT ignores the demand for money, it is a risky guide for policymakers.

NEW YORK – Modern Monetary Theory (MMT) offers a dangerous half-truth that has become particularly seductive now that governments are desperate for tools with which to keep their economies afloat. A recent statement by MMT proponent Stephanie Kelton to the Financial Times is a case in point. Referring to the United Kingdom’s current Conservative government, she argues that, “They’re going to have massive deficits. And it’s fine.”

END_OF_DOCUMENT_TOKEN_TO_BE_REPLACED

By introducing a uniquely disruptive shock to both supply and demand, the COVID-19 pandemic has upended longstanding ideological debates almost overnight. Suddenly, far-reaching state intervention in the economy has become necessary to save market capitalism, which is unlikely to emerge unchanged.

NEW YORK – Ironically, just as the “democratic socialist” Bernie Sanders has suspended his presidential campaign in the United States, many of his policy proposals are becoming necessary around the world. Social-distancing measures to mitigate the COVID-19 pandemic have disrupted production and household income streams alike. But the effectiveness of social distancing could be undermined by workers who lack proper health

END_OF_DOCUMENT_TOKEN_TO_BE_REPLACED

The Helicopters Are Coming

With the economic situation in many advanced economies rapidly deteriorating, policymakers are rolling out unprecedented stimulus programs, setting the stage for what amounts to a massive experiment with hitherto unorthodox Modern Monetary Theory. Today’s extraordinary problems, it would seem, require extraordinary solutions.

NEW YORK – With the COVID-19 pandemic intensifying, the United States has just adopted a $2 trillion economic-rescue package (equal to 9.2% of 2019 GDP). The legislation follows unprecedented actions by the US Federal Reserve, which will engage in open-ended quantitative easing, and has introduced new mechanisms to backstop businesses and keep credit flowing.
Insuring the

END_OF_DOCUMENT_TOKEN_TO_BE_REPLACED

When “Whatever It Takes” Isn’t Enough

The US Federal Reserve’s surprise weekend announcement of a large interest-rate cut, renewed quantitative easing, and other expansionary measures is a welcome response to the COVID-19 pandemic. But as markets were quick to note, monetary policy cannot save us from this crisis.

NEW YORK – When interpreting the US Federal Reserve’s weekend announcement of new measures to mitigate the fallout from the COVID-19 pandemic, it is important not to confuse motion with action.
The Three Essential Questions about COVID-19

END_OF_DOCUMENT_TOKEN_TO_BE_REPLACED

By offering a comprehensive history of "inequality regimes" around the world, French economist Thomas Piketty offers a deeply informative and rewarding overview of one of today’s most pressing economic issues. But his own historical narrative suggests that his vision of global participatory socialism is a non-starter.

NEW YORK – French economist Thomas Piketty’s latest doorstop tome tries to fuse two distinct research efforts. The first is a history of inequality since around 1700, with occasional excursions into earlier periods. Upon reaching the nineteenth century and the industrial era, the analysis deepens and grows more detailed, taking us up to the present. Unlike Piketty’s previous opus, Capital in the

END_OF_DOCUMENT_TOKEN_TO_BE_REPLACED

The Wealth and Health of Nations

The COVID-19 outbreak’s implications for the global economy are highly uncertain but potentially disastrous. To understand the risks, one should remember Adam Smith’s insight about the true engine of wealth creation, the division of labor, which itself is dependent on the size and extent of markets.

NEW YORK – COVID-19’s implications for the global economy are highly uncertain but potentially disastrous. As of March 5, the World Health Organization had identified 85 countries and territories with active COVID-19 cases – an increase from 50 countries the previous week. More than 100,000 cases and 3,800 deaths have been reported worldwide, and these figures almost certainly understate the scale and scope of the outbreak.

END_OF_DOCUMENT_TOKEN_TO_BE_REPLACED

The New Normal Should Be Cashless

The central bankers and economic policymakers who doubt that deep negative interest rates would prove effective in the next recession have not given that policy a fair chance. The fact is that in an environment of persistently low inflation and negative nominal interest rates, we need to rethink the effective lower bound entirely.

NEW YORK – In December 2019, the Swedish central bank departed from a negative-interest-rate policy that it had maintained for almost five years. The Riksbank’s repo rate (the rate at which it lends to commercial banks), which reached a low of -0.5% in February 2016, had risen to 0% by January. The latest rate hike comes despite signs that the Swedish economy is slowing, with inflation running below

END_OF_DOCUMENT_TOKEN_TO_BE_REPLACED

Although plenty of people around the world still refuse to accept climate science, denial is not the main obstacle impeding the urgent global action needed to save the planet. The bigger problem is that the economic measures that could prevent catastrophic climate change are political non-starters.

NEW YORK – Despite the buzz around climate action at this year’s World Economic Forum meeting in Davos, Switzerland, the world’s current environmental prospects look grim. There are three obstacles: climate-change denial; the economics of reducing greenhouse-gas (GHGs) emissions; and the politics of mitigation policies, which tend to be highly regressive.
Has the “Great Decoupling” Gone Viral?

END_OF_DOCUMENT_TOKEN_TO_BE_REPLACED

It is not an exaggeration to argue that the real negotiations about the future relationship between the United Kingdom and the European Union are starting only now. The UK can now look forward to painful grind of negotiations and policy implementation, probably lasting many years.

NEW YORK – With the United Kingdom set to withdraw from the European Union at 23:00 GMT on January 31, Prime Minister Boris Johnson will finally achieve the Brexit he has championed for the last four years. But, as the saying goes, be careful what you wish for.
Britain Enters the Unknown

A Global Economy Without a

END_OF_DOCUMENT_TOKEN_TO_BE_REPLACED

Past Interest Rates and Future Growth

In studying the roots of macroeconomic trends across the advanced economies in recent decades, it is tempting to conclude that a declining rate of output growth is the inevitable result of deeper historical forces and intractable structural factors. But secular stagnation is well within our power to reverse.

NEW YORK – A new chapter has been written in the history of risk-free global interest rates. In a recent study, Paul Schmelzing of the Bank of England tracks global real (inflation-adjusted) interest rates over the period from 1311 to 2018. Despite temporary stabilizations during the periods 1550-1640, 1820-1850, and 1950-1980, he finds that global safe real rates have persistently trended downward over the past five

END_OF_DOCUMENT_TOKEN_TO_BE_REPLACED

On a challenge as large as climate change, there are financial risks associated with making the shift to a low-carbon economy, and there are risks tied to inaction. Central banks thus have no choice but to focus more closely on the issue, with or without an expansion of their traditional policy mandates.

END_OF_DOCUMENT_TOKEN_TO_BE_REPLACED

Making the Best of a Bad Brexit

The United Kingdom has avoided the disaster of Labour Party leader Jeremy Corbyn’s radical socialism, but remains on track for a long grind through and after the post-Brexit transition period. Negotiating a new trade relationship with the European Union – not to mention the wider world – will take years.

NEW YORK – The United Kingdom’s general election this month not only settled the question of Brexit, but also put paid to Labour Party leader Jeremy Corbyn’s extreme vision of socialism. Corbyn’s electoral demise comes as a relief to all who reject the Venezuelan economic model: if it moves, regulate it; if it still moves, tax it; and if it’s still twitching after that, nationalize it. The UK has been spared a very costly

END_OF_DOCUMENT_TOKEN_TO_BE_REPLACED

It has become fashionable to worry whether central banks still have the tools with which to pursue price stability, full employment, and other objectives. But policymakers should not lose sight of the fact that a central bank’s primary job is to maintain financial stability as a lender and market maker of last resort.

NEW YORK – Most modern central banks regard macroeconomic stability – meaning price stability or, in some cases, price stability alongside full employment – as their main goal. But the Bank of Japan and the European Central Bank seem to be running out of tools with which to pursue this goal effectively. And the Bank of England and the US Federal Reserve could soon find themselves in a similar position.