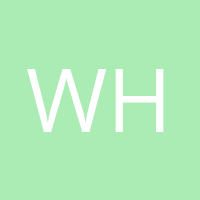 Although Africa still suffers some of the highest poverty rates in the world, the continent overall has massive potential to achieve broad-based, sustainable growth this century. International financial institutions must listen to forward-looking African leaders and adapt their investment strategies accordingly.

BRUSSELS – Home to more than one billion people, Africa boasts the youngest, fastest-growing middle class in the world. With a median age 14 years younger than that of any other continent, Africa is on the cusp of profound political, economic, and social transformation. Around 20 million jobseekers enter the labor market every year in Sub-Saharan Africa. If these young people can be incorporated into the

END_OF_DOCUMENT_TOKEN_TO_BE_REPLACED

Back to Health: Werner Hoyer

END_OF_DOCUMENT_TOKEN_TO_BE_REPLACED

Post-Communist Lessons for the Green Transition

Keeping global warming within 1.5°C of pre-industrial temperatures will require a full-scale transformation of the world’s economies not unlike those achieved by post-communist European countries in the 1990s. The task is daunting, but we know the key ingredients of success.

BRUSSELS – Three decades after the events that lifted the Iron Curtain and sparked the integration of Central, Eastern, and Southeastern Europe into the global economy, we are on the cusp of a new historic transition. This time, however, it is the entire world that will change.
The Gaps in Bidenomics

END_OF_DOCUMENT_TOKEN_TO_BE_REPLACED

The Power of Green Public Finance

In addition to visionary leadership and a mobilization of businesses, citizens, and civil-society groups, confronting climate change will require massive investments. We cannot count on governments alone to put up the money; rather, we must use public finance to leverage the power of private capital.

LUXEMBOURG – Policymakers and pundits have been wringing their hands over the crises afflicting the European Union, arguing that it is falling behind in confronting major threats to its long-term survival. Yet on the issue of climate change, nothing could be further from the truth. In mid-November, EU member states demonstrated that they can unite behind a shared vision of a low-carbon future. And European institutions

END_OF_DOCUMENT_TOKEN_TO_BE_REPLACED

How to Finance the Green Transition

In addition to reaffirming their commitment to reducing greenhouse-gas emissions, world leaders who gathered for the UN Climate Action summit this week also discussed how the public and private sectors can work together to tackle climate change. They should focus on the role of private finance, without which there will be no green transition

NEW YORK – World leaders gathered at the United Nations in the New York this week to take stock of the global fight against climate change, and to submit new emissions-reduction commitments. Given the scale of the climate crisis, we are not moving nearly as fast as we should be. We have been stuck in second gear for too long. Accelerating the pace of change will require a