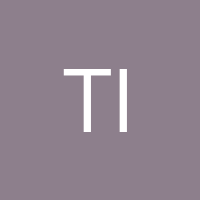 Where Are America’s Red Lines in East Asia?

The US decision not to intervene directly in the Ukraine war and risk a conflict with nuclear-armed Russia has prompted East Asian allies to question the value of America’s security guarantee. What would happen if China invaded Taiwan, North Korea invaded South Korea, or China sought to occupy Japan’s Senkaku islands?

TOKYO – Global geopolitical attention remains focused on the war in Ukraine. But a significant shift, potentially even more serious in the long run than Russia’s invasion of its neighbor, seems to be occurring in East Asia as a result of President Vladimir Putin’s war. US President Joe Biden has explicitly ruled out sending American troops to Ukraine or establishing a no-fly zone over the country.

END_OF_DOCUMENT_TOKEN_TO_BE_REPLACED

If Russian President Vladimir Putin gets away with his aggression in Ukraine – securing concessions without paying a heavy economic price – Japan will be motivated to take more radical action to ensure its own security. In this sense, the Ukraine war, though far away, poses a substantial risk to stability in East Asia.

TOKYO – Across Europe, Russia’s invasion of Ukraine has spurred a rethink of virtually all dimensions of security, from defense to energy. The war’s likely impact on security in East Asia, especially in Taiwan and Japan, has received far less attention. But the coming transformation may turn out to be just as profound. The Ukraine war, though far away, poses a substantial risk to East Asia. China is

END_OF_DOCUMENT_TOKEN_TO_BE_REPLACED

Why Is Japan So Cheap?

Economists should not blame the Bank of Japan’s monetary policies for the yen’s declining purchasing power. It is flatlining productivity in tradable sectors and stagnant real wages that explain the arrival of Cheap Japan.

TOKYO – Every month, the Bank for International Settlements calculates and publishes the real and nominal effective exchange rates for major currencies. The most recent data, released in mid-February, contained a shock for Japan. They show that the yen’s real effective exchange rate (REER, representing roughly the purchasing power of the currency) is now as low as it was in the early 1970s, when the yen was first floated following the collapse of the Bretton Woods and Smithsonian systems of fixed

END_OF_DOCUMENT_TOKEN_TO_BE_REPLACED

What Biden Should Do on Trade

For more than 25 years, Project Syndicate has been guided by a simple credo: All people deserve access to a broad range of views by the world’s foremost leaders and thinkers on the issues, events, and forces shaping their lives. At a time of unprecedented uncertainty, that mission is more important than ever – and we remain committed to fulfilling it.
But there is no doubt that we, like so many other media organizations nowadays, are under growing strain. If you are in a position to support us, please subscribe now.
As a subscriber, you will enjoy unlimited access to our On Point suite of long reads, book reviews, and insider interviews; Big Picture topical collections; Say More contributor interviews; Opinion Has It podcast features; The Year Ahead magazine, the full PS

END_OF_DOCUMENT_TOKEN_TO_BE_REPLACED

For decades, the Japanese government has amassed more and more debt without triggering higher borrowing costs or inflation. But there is no such thing as a free lunch, and in Japan’s case, it is future generations who will be left with the bill.

TOKYO – Public debt has soared since the 2008 financial crisis, and especially during the COVID-19 pandemic. According to the International Monetary Fund, the ratio of public debt to GDP in advanced economies increased from around 70% in 2007 to 124% in 2020. But the fear that rising public debt will fuel future financial crises has been subdued, partly because government bond yields have been so low for so long.
Does Japan Vindicate Modern Monetary

END_OF_DOCUMENT_TOKEN_TO_BE_REPLACED

Fresh off an electoral victory, Japan’s new prime minister, Fumio Kishida, is already offering a glimpse of what his economic policy program will look like in practice. Unfortunately, early signs suggest that while his aims are sound, his policies are not.

TOKYO – Japanese Prime Minister Fumio Kishida survived the general election on October 31, which came just weeks after his arrival in office as the new leader of the nation. Losing only 15 seats, the Liberal Democratic Party (LDP) performed better than expected and will maintain a comfortable majority in the House of Representatives, with 261 of 465 seats.
A Casablanca for Conservatives

END_OF_DOCUMENT_TOKEN_TO_BE_REPLACED

Japan’s new state of emergency declaration in response to COVID-19 concerns has eliminated any remaining hope for a “normal” Olympic/Paralympic Games in Tokyo this summer. Whether it will also bear on Prime Minister Yoshihide Suga’s political prospects this fall remains to be seen.

TOKYO – On July 8, the Japanese government declared a state of emergency in Tokyo until August 22, owing to the COVID-19 pandemic. That means the Tokyo Olympic Games (July 23-August 8) will be subject to strict limits on spectators for large events.
A Golden Opportunity to End Destructive Fishing Subsidies

END_OF_DOCUMENT_TOKEN_TO_BE_REPLACED

Without herd immunity (or something close to it) in Japan, hosting the Tokyo Summer Olympic and Paralympic Games is a risky bet. Prime Minister Yoshihide Suga could win big if there is no new wave of infections, but that doesn’t change the fact that he is willing to gamble with people’s health, livelihoods, and lives.

TOKYO – In 2020, Asia – especially East Asia – was often touted as a model of effective pandemic response. While Western countries endured harsh lockdowns and soaring infection and death rates, Asian countries largely kept the coronavirus under control. But the tables have turned, with East Asia now lagging far behind the United States and Europe on vaccinations. This does not bode well for this

END_OF_DOCUMENT_TOKEN_TO_BE_REPLACED

The Bank of Japan’s Stealth Tapering

Takatoshi Ito, a former Japanese deputy minister of finance, is Professor of Economics at the School of International and Public Affairs, Columbia University, and Senior Professor at the National Graduate Institute for Policy Studies, Tokyo University.

END_OF_DOCUMENT_TOKEN_TO_BE_REPLACED

The Bank of Japan’s Moment of Truth

After years of deflation, Japan’s labor market is the tightest it has been in decades, and the Bank of Japan is still providing significant stimulus to the economy. But with inflation still well below target, central bankers are finding themselves between a rock and a hard place.
TOKYO – The Japanese economy has enjoyed seven consecutive quarters of positive growth, with the average annual rate reaching 1.9%. With aggregate demand exceeding potential output by 1%, the country’s “GDP gap” is now positive. Unemployment is down to 2.7%, the lowest level since 1993, and the job-opening-to-application ratio is 1.56, its highest level since 1974, resulting in acute labor shortages in several sectors, including construction, retail, and package delivery. And in January this year,