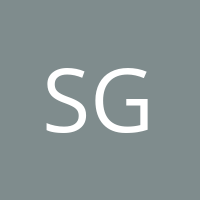 What Europe Must Do

Europeans have long known that the global balance of power is shifting rapidly to Asia, and America’s attention with it. With the transatlantic alliance only barely surviving Donald Trump’s presidency, this may be the last chance to repurpose it for the twenty-first century.

BERLIN – The first months of US President Joe Biden’s administration have raised Europe’s hopes tremendously – but perhaps too much. For all of our shared values, the United States and Europe each has its own interests and perspectives, and these can sometimes take us in opposite directions. If the transatlantic alliance is to be revived, following its near-death at the hands of Donald Trump, such divergences will need to be accepted and managed. The

END_OF_DOCUMENT_TOKEN_TO_BE_REPLACED

While remaining wary of geopolitics, Germany has been carrying its weight on internal EU political matters, pointing to a potential division of labor between itself and France in the future. The question, as always, is whether Europe can find ways to preserve both its own autonomy and its close partnership with America.

BERLIN – “The UN was not founded to take mankind to heaven, but to save humanity from hell,” the United Nations’ first secretary-general, Dag Hammarskjöld, once said. The hell he had in mind, of course, was World War II and the Shoah, next to which most of today’s challenges pale in comparison. Nonetheless, disruptions like the COVID-19 pandemic and Britain’s withdrawal from the European Union have

END_OF_DOCUMENT_TOKEN_TO_BE_REPLACED

The Global Risk of the US Election

Never before has a US presidential election posed such a grave potential threat to the peace, prosperity, and stability of the rest of the world. A crisis following a disputed result in November would be a disaster, and it would come just when the world urgently needs to address an array of shared problems.

BERLIN – Unlike in Jules Verne’s Around the World in 80 Days, the modern world’s journey over the next 80 days will be more of a slog than an adventure. But it will culminate in an event of global and historic consequence.

The Post-Pandemic Economy’s Barriers to Growth

END_OF_DOCUMENT_TOKEN_TO_BE_REPLACED

The Future of Transatlanticism Is Up to Europe

European leaders who speak of a need for "fundamental" change in the transatlantic alliance are missing the point. The relationship with the United States has already been irreversibly altered, and what most needs to be updated is Europe’s conception of itself.

BERLIN – Politicians who don’t know what to do when confronted with new or difficult circumstances often resort to empty phrases. This certainly appears to be the case for Europe and its changing relations with the United States.

Toward a New Fiscal Constitution

END_OF_DOCUMENT_TOKEN_TO_BE_REPLACED

The Lethal Threat of COVID-19 Isolationism

The pandemic has revealed a vacuum in global leadership that now threatens us all. With the US and China stirring up geopolitical resentment, Europe must embrace its responsibility and reinvent itself on the global stage.

BERLIN – Under President Donald Trump, the United States is not actively seeking cooperation with other countries in combating COVID-19, leaving the global fight against the coronavirus fractured. Far more than the US-European dispute over the role of NATO, the silence surrounding the pandemic between the two sides shows that one can hardly speak of a transatlantic community.
Insuring the Survival of Post-Pandemic Economies

END_OF_DOCUMENT_TOKEN_TO_BE_REPLACED

Finding Europe’s Way in the World

For historical reasons, Europe has long resided in the strategic shadow of the United States, which itself has underwritten decades of globalization and rapidly expanding prosperity. But the global balance of power is rapidly shifting, leaving Europe increasingly exposed.

BERLIN – The European Union, and particularly Germany, have yet to rise to the challenge posed by the United States’ retreat from global leadership. But, given the new competition from China, together with Russia’s renewed great-power aspirations, Western countries must find a way to cooperate more closely.
Restoring Fiscal Order in the United States

END_OF_DOCUMENT_TOKEN_TO_BE_REPLACED

The competition between the US and China for technological supremacy has revealed Europe’s fundamental weakness in the twenty-first century. A community of nation-states built around a shared project to ensure regional peace and prosperity is now surrendering its economic power and autonomy to foreign firms.

BERLIN – It is increasingly clear that the European Union was not built to be a global actor. The EU is a strictly European idea, designed to bring peace and prosperity to a region ravaged by centuries of incessant war. It was meant to mind its own business, leaving matters of global import to the two permanent members of the United Nations Security Council, Britain and France.
How Truth Survived 2019

END_OF_DOCUMENT_TOKEN_TO_BE_REPLACED

Germany Must Bet on NATO

With NATO marking the 70th anniversary of its founding, there is no better time for Germans to reflect on their own contributions to the Alliance. When it comes to ensuring European – and German – security, NATO is the only option.

BERLIN – NATO was founded 70 years ago to prevent war between the liberal-democratic West and the Soviet East. The fact that the Cold War never turned hot is a testament to its success. Moreover, whenever NATO has deployed troops, it has been authorized to do so by the United Nations Security Council or the Organization for Security and Cooperation in Europe (OSCE). The oft-criticized exception was its intervention in the Kosovo War; but in that instance, it put an end to an ethnic

END_OF_DOCUMENT_TOKEN_TO_BE_REPLACED

Europe in the Shadows

With the world increasingly dominated by the US and China, Europe must develop a much stronger common voice on economics, defense, and trade. But this will require Germany, in particular, to rethink some of its long-held positions.

BERLIN – Recently, I met up with an ambassador of a Southeast Asian country. We started discussing the current trade dispute between the United States and China, as well as the arrest, on a US warrant, of a senior executive of the Chinese telecoms giant Huawei. My interlocutor then summed up the dilemma facing Germany and Europe. “The Chinese train left the station years ago. You will not bring it back. But you can’t leap on to it, either, because if you did, you would take a stand against the US,”

END_OF_DOCUMENT_TOKEN_TO_BE_REPLACED

Europe and the New Nuclear-Arms Race

With the near-certain demise of the US-Russian Intermediate-Range Nuclear Forces (INF) Treaty, Europe is entering a potentially dangerous period. It must now try to apply some kind of brake to the new nuclear-arms race and gain time for negotiations.

BERLIN – One of the pillars of nuclear-arms control became history on February 2, with the expiry of the 60-day deadline that the United States had given Russia to save the 1987 Intermediate-Range Nuclear Forces (INF) Treaty. Russia blithely let the deadline pass. But so did the European Union, abetted by Germany. Europe is now entering a potentially dangerous period and must play a much more active role in the nuclear-arms debate.

END_OF_DOCUMENT_TOKEN_TO_BE_REPLACED

Why Brexit Will Damage Europe

The European Union will not shatter in the wake of Brexit, and it will also overcome the economic fallout from the UK’s departure. But Brexit will damage Europe’s role in the world in a way that Europeans currently seem unable to grasp.

BERLIN – The clock is ticking toward March 29 and the United Kingdom’s exit from the European Union. Whether Brexit turns out to be “soft” or “hard,” the UK is set to endure a bout of severe economic turbulence. But Britain has survived much larger crises and will overcome this one at some point. For me, the real question is what Brexit means for the future of Europe.

END_OF_DOCUMENT_TOKEN_TO_BE_REPLACED

Franco-German Friendship Is Not Enough

By signing the Treaty of Aachen, German Chancellor Angela Merkel and French President Emmanuel Macron have taken an important step toward firming up the Franco-German partnership at the heart of the European project. But insofar as the pact excludes all other EU member states, it risks deepening Europe’s divisions even further.

BERLIN – The recent signing of the Treaty of Aachen invites us to reflect on how the Franco-German partnership’s role in Europe has evolved since the two countries first adopted a bilateral friendship pact, the Élysée Treaty, in 1963.