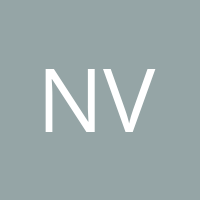 Banking regulation in the euro area: Germany is different

Despite progress in recent years toward a single banking policy framework in the euro area—a banking union—much of the German banking system has remained partly sheltered from uniform rules and disciplines that now apply to nearly all the area’s other banks. The resulting differences in regulatory regimes could generate vulnerabilities in the still-incomplete banking union, which is being tested in the COVID-19 pandemic.
Two reports published in early 2020 shed new light on this challenge. The European Central Bank’s (ECB) risk report on less significant institutions is the first of what is intended to be an annual series. The other report is the European Commission’s impact assessment study on the most important differences between accounting standards used by banks in the banking union,

END_OF_DOCUMENT_TOKEN_TO_BE_REPLACED

Is the United States reneging on international financial standards?

The financial shock surrounding the COVID-19 pandemic has prompted the Federal Reserve to temporarily loosen an important capital-to-asset ratio requirement for US banks. In so doing, it is walking away from a decade-long commitment to global financial reforms forged in the wake of the global economic meltdown of 2008–10.
This breach, together with other recent US government actions, may signal a broader departure from the Trump administration’s general adherence in its first three years to international financial standards, an area in which it had not acted against the global rules-based order. The motives for such breaches are not compelling enough to offset the downsides for the global financial system and for the United States itself.
The new Fed rule breaches the Basel III Accord
On

END_OF_DOCUMENT_TOKEN_TO_BE_REPLACED

Banks in the COVID-19 turmoil: Capital relief is welcome, supervisory forbearance is not

Economic disruptions due to the COVID-19 pandemic have compelled bankers on both sides of the Atlantic to call for relaxation of accounting standards that were introduced in the wake of the global financial crisis. These standards, known as expected credit loss provisioning, were intended to limit procyclicality, namely the exacerbation of shifts in asset prices as a result of the application of accounting and/or regulatory requirements. Policymakers and accounting standard-setters should refrain from changing the applicable standards in haste and should ignore the bankers’ admonishments. There is no perfect accounting thermometer for credit risk in banks’ loan books, but breaking the current thermometer in the midst of a crisis would do more harm than good.
Expected Loss Versus Incurred

END_OF_DOCUMENT_TOKEN_TO_BE_REPLACED

[unable to retrieve full-text content]Completing Europe’s banking union is the dominant task facing the European Commission in the financial services area for the next five years. In the short term, the Commission should affirm its leadership by pushing for the creation of a credible EU anti–money laundering supervisory agency. The…

END_OF_DOCUMENT_TOKEN_TO_BE_REPLACED

The newly elected European Parliament, which will start its sessions in early July, has reshuffled politics throughout the region by including more members from the far right and fewer from traditional political groups of the center-left and center-right. But viewed from an EU perspective, there is more stability than meets the eye.  In fact, the EU-wide returns are not as transformative as those of five years ago.
Comments about the European Parliament election results are predictably all over the place and typically reveal more about the commentators than anything else. To get a clearer sense of direction, it may be useful to compare the 2019 election outcome, not only with recent opinion polls or the 2014 election but also with all the other elections (once every five years) since the

END_OF_DOCUMENT_TOKEN_TO_BE_REPLACED

The newly elected European Parliament, which will start its sessions in early July, has reshuffled politics throughout the region by including more members from the far right and fewer from traditional political groups of the center-left and center-right. But viewed from an EU perspective, there is more stability than meets the eye.  In fact, the EU-wide returns are not as transformative as those of five years ago.
Comments about the European Parliament election results are predictably all over the place and typically reveal more about the commentators than anything else. To get a clearer sense of direction, it may be useful to compare the 2019 election outcome, not only with recent opinion polls or the 2014 election but also with all the other elections (once every five years) since the

END_OF_DOCUMENT_TOKEN_TO_BE_REPLACED

The European Union Must Defend a Persecuted Greek Statistician

Relentless prosecutions in Greece against Andreas Georgiou, the highly respected former head of the country’s national statistical institute ELSTAT, are more than a matter of shameful harassment by Greece. His case raises disturbing questions about the integrity of European statistical processes. Forceful action by EU authorities on Georgiou’s case is long overdue. The European Union also needs to consider reforming its statistical framework to ensure a similar scandal cannot recur.
Georgiou’s legal ordeal began in 2011 and has included accusations of inflating Greece’s 2009 budget deficit, a key figure in the context of the country’s loss of financial market access and request for financial assistance in 2010, and of “violating his duty” by not respecting ELSTAT procedures. The sequence

END_OF_DOCUMENT_TOKEN_TO_BE_REPLACED

Mixed Reviews for the Single Resolution Board

The establishment in 2015 of the Single Resolution Board (SRB), a new agency of the European Union, is one of the most significant European banking reforms of recent years. The SRB was set up to quickly resolve banks that are failing or likely to fail, as part of a wider effort to break the vicious cycle between banks and sovereigns that nearly destroyed the euro area in 2011–12. A first assessment of this reform came up just before Christmas, when the European Court of Auditors (ECA) released a special report on the SRB. The report was discouraging on one level, citing many shortcomings of the new body. But there are also signs that the situation is improving and that the SRB is on its way towards fulfilling its assigned mission. For both reasons, this report, which is rich in previously

END_OF_DOCUMENT_TOKEN_TO_BE_REPLACED

The euro area faces  a year of opportunity for completing the job of fixing the flaws exposed by the past decade of banking and sovereign debt crisis. The crisis is almost certainly over, memories are still fresh, and complacency has not yet fully set in. The political timetable for 2018 is propitious: France is energized with a new government, Germany will probably have one soon, and elections are expected in Italy in March. After that, no major political upheaval is expected until the European parliamentary election in the spring of 2019. The economic recovery is robust and broad-based. As European Commission president Jean-Claude Juncker put it, there is a favorable wind in Europe’s sails.
The driving engine of the euro area crisis, as acknowledged in communications from mid-2012

END_OF_DOCUMENT_TOKEN_TO_BE_REPLACED

Not So Low: A Review of Paul Blustein’s Book on the IMF and the Euro Area Crisis

The International Monetary Fund’s involvement in the euro area crisis has raised a lot of controversy. According to a widespread conventional view, the “Troika” of creditor institutions—the International Monetary Fund (IMF), the European Commission, and the European Central Bank (ECB)—demanded excessive fiscal austerity of Greece and other errant countries in return for their assistance, and this stance not only failed to restore Greek public credit but also prolonged economic weakness in other countries, including Portugal and Italy. Instead of calling for austerity, according to this view, the IMF should have forced a reduction of Greece’s debt (in other words, engineered an orderly default) from the start of its involvement in the spring of 2010. The IMF is also blamed for ignominiously forcing Ireland to bail out senior bondholders of its failed banks in November 2010 under orders from a dogmatic ECB, itself captured by European financiers.
An educated and comparatively nuanced version of this storyline was masterfully told by Peter Spiegel, then the Brussels bureau chief of the Financial Times, in a 3-part reporting series that was later published as an ebook titled How the Euro Was Saved.

END_OF_DOCUMENT_TOKEN_TO_BE_REPLACED

The Peterson Institute has posted The IMF’s Role in the Euro Area Crisis: Financial Sector Aspects on its website, and a parallel publication has been made by Bruegel. Both are lightly edited versions of my background paper on financial-sector aspects, which formed part of a broader evaluation titled The IMF and the Crises in Greece, Ireland and Portugal, published in late July by the Independent Evaluation Office (IEO) of the International Monetary Fund (IMF). The IEO report, which was accompanied by 11 background papers (including mine), received wide coverage in international media, and prompted a welcome debate on the weaknesses and shortcomings it highlighted at the Fund.
My work evaluated the financial-sector aspects of the IMF’s performance on two levels. For the euro area as a whole, I give the Fund high marks for its ground-breaking analysis of the vulnerabilities of the currency union’s banking policy framework, starting years before the crisis and developed nearly continuously during the crisis itself.

END_OF_DOCUMENT_TOKEN_TO_BE_REPLACED

Italy’s Banking Problem Is Serious but Not Intractable

Following the UK vote to exit the European Union, the fragility of the Italian banking system has come into the spotlight. The Economist described it as a “potentially more dangerous financial menace” than Brexit. This characterization is massively overblown. The policy and political challenges associated with Italian banks are complex but far from intractable and need not become a systemic risk for the euro area.
The June 23 referendum was in no way the cause of the problem. It unleashed a decrease in share prices of listed banks in Italy as elsewhere in Europe, which makes it comparatively harder for them to raise fresh capital from private investors if needed. Even if the UK had chosen to remain in the European Union, however, Italy’s banking problem would certainly have become the next focus of attention of market participants in Europe once the all-consuming British referendum campaign was over.
The Banking Problem
Italy’s weak banking sector is the largest remaining pocket of financial fragility in a long series of banking system problems that has blighted Europe since 2007.

END_OF_DOCUMENT_TOKEN_TO_BE_REPLACED

The UK-EU Separation: How Fast Does It Happen?

Up until the British rebuff on Thursday, the European Union had always been in expansion mode, also known in EU parlance as enlargement. The UK vote to leave the European Union marks the first-ever case of this process being reversed.
In the past, there have been a number of situations where a country could be outside the union legally, but inside politically. It was common practice in the early 2000s to invite ex-communist candidate countries to attend votes in the Council of the European Union in anticipation of their formal accession in early 2004. Yet in this case, a country, the United Kingdom, is inside the European Union legally but now firmly outside of it politically. From now on, the European Union will routinely hold substantial intergovernmental discussions without the United Kingdom being represented, even though the formalities of membership will be maintained in parallel.
An additional layer of complexity derives from the fact that two component parts of the United Kingdom, Northern Ireland and Scotland, seek to remain politically inside the European Union even though, for the moment, they remain legally tied with England and Wales. Nicola Sturgeon, Scottish First Minister, declared immediately after the Brexit vote that "Scotland voted overwhelmingly to remain in the EU" and that "Scotland faces the prospect of being taken out of the EU against our will.