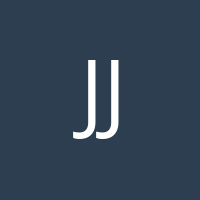 After the Liberal International Order

If Joe Biden defeats Donald Trump in November, the question he will face is not whether to restore the liberal international order. It is whether the US can work with an inner core of allies to promote democracy and human rights while cooperating with a broader set of states to manage the rules-based international institutions needed to face transnational threats.

CAMBRIDGE – Many analysts argue that the liberal international order ended with the rise of China and the election of US President Donald Trump. But if Joe Biden defeats Trump in November’s election, should he try to revive it? Probably not, but he must replace it.

Priorities for the COVID-19 Economy

END_OF_DOCUMENT_TOKEN_TO_BE_REPLACED

American Exceptionalism in the Age of Trump

As the world’s two largest economies, the United States and China are condemned to a relationship that must combine competition and cooperation. For the US, exceptionalism now includes working with the Chinese to help produce global public goods, while also defending values such as human rights.

CAMBRIDGE – In my recent study of 14 presidents since 1945, Do Morals Matter, I found that Americans want a moral foreign policy, but have been torn over what that means. Americans often see their country as exceptional because we define our identity not by ethnicity, but rather by ideas about a liberal vision of a society and way of life based on political, economic, and cultural freedom. President Donald Trump’s

END_OF_DOCUMENT_TOKEN_TO_BE_REPLACED

An Abysmal Failure of Leadership

During times of crisis, the most effective leaders are those who can build solidarity by educating the public about its own interests. Sadly, in the case of COVID-19, the leaders of the world’s two largest economies have gone in the opposite direction, all but ensuring that the crisis will deepen.

CAMBRIDGE – Leadership – the ability to help people frame and achieve their goals – is absolutely crucial during a crisis. British Prime Minister Winston Churchill demonstrated this in 1940, as did Nelson Mandela during South Africa’s transition from apartheid.

END_OF_DOCUMENT_TOKEN_TO_BE_REPLACED

An Abysmal Failure of Leadership

During times of crisis, the most effective leaders are those who can build solidarity by educating the public about its own interests. Sadly, in the case of COVID-19, the leaders of the world’s two largest economies have gone in the opposite direction, all but ensuring that the crisis will deepen.

CAMBRIDGE – Leadership – the ability to help people frame and achieve their goals – is absolutely crucial during a crisis. British Prime Minister Winston Churchill demonstrated this in 1940, as did Nelson Mandela during South Africa’s transition from apartheid.

END_OF_DOCUMENT_TOKEN_TO_BE_REPLACED

China and America Are Failing the Pandemic Test

All national leaders must put their country’s interests first, but the important question is how broadly or narrowly they define those interests. Both China and the US are responding to COVID-19 with an inclination toward short-term, zero-sum approaches, and too little attention to international institutions and cooperation.

CAMBRIDGE – COVID-19 is confronting humanity with its most severe test since 1918, when an influenza pandemic killed more people than died in World War I. Yet the top leaders of the world’s two largest economies, China and the United States, have failed the first round.
Witnessing Wuhan

END_OF_DOCUMENT_TOKEN_TO_BE_REPLACED

A foreign policy should be judged not only by specific actions, but also by how a pattern of actions shapes the environment of world politics. Leadership in supplying global public goods, for example, is consistent with “America First,” but it rests on a broader historical and institutional understanding than Donald Trump has shown.

CAMBRIDGE – Many Americans say they want a moral foreign policy, but disagree on what that means. Using a three-dimensional scorecard encourages us to avoid simplistic answers and to look at the motives, means, and consequences of a US president’s actions.
Solidarity Now

END_OF_DOCUMENT_TOKEN_TO_BE_REPLACED

Foreign partners’ willingness to help the United States is affected not just by America’s hard military and economic power, but also by its soft power of attraction, based on an open culture, liberal democratic values, and policies that are perceived as legitimate. US foreign policy can succeed only if Americans relearn this.

CAMBRIDGE – US President Donald Trump’s attacks on unfair Chinese trade and technology policies may have been justified, but his tactics have damaged the alliances and institutions on which the United States depends. Will the short-term gains outweigh the long-term institutional costs?
Can Sanders Do it?

END_OF_DOCUMENT_TOKEN_TO_BE_REPLACED

It is tautological or at best trivial to say that all states try to act in their national interest. The important question is how leaders choose to define and pursue that national interest under different circumstances.

CAMBRIDGE – When I told a friend I had just written a book on morality and foreign policy, she quipped: “It must be a very short book.” Such skepticism is common. An Internet search shows surprisingly few books on how US presidents’ moral views affected their foreign policies. As the eminent political theorist Michael Walzer once described American graduate training in international relations after 1945, “Moral argument was against the rules of the discipline as it was commonly practiced.”

END_OF_DOCUMENT_TOKEN_TO_BE_REPLACED

Eight Norms for Stability in Cyberspace

At last month’s Paris Peace Forum, the Global Commission on the Stability of Cyberspace issued its report on how to provide an overarching cyber stability framework. Combined with norms, principles, and confidence-building measures suggested by others, the GCSC’s conclusions are an important step forward.

CAMBRIDGE – In little more than a generation, the Internet has become a vital substrate for economic, social, and political interactions, and it has unlocked enormous gains. Along with greater interdependence, however, come vulnerability and conflict. Attacks by states and non-state actors have increased, threatening the stability of cyberspace.
Democratic Leadership in a Populist Age

END_OF_DOCUMENT_TOKEN_TO_BE_REPLACED

How to Deal with a Declining Russia

It seems unlikely that Russia will again possess the resources to balance US power in the same way that the Soviet Union did during the four decades after World War II. But declining powers merit as much diplomatic attention as rising ones do.

TOKYO – The Kremlin is on a roll. Under President Vladimir Putin, Russia has replaced the United States in Syria, continues to intervene in Eastern Ukraine, and recently hosted an African summit in Sochi. Appearances, however, can be deceptive. True, Russia retains a vast nuclear arsenal, equal in size to that of the US, and it used force effectively against Georgia in 2008 and Ukraine in 2014; provided military assistance to save Bashar al-Assad’s regime in Syria; and has used

END_OF_DOCUMENT_TOKEN_TO_BE_REPLACED

Can Cyberwarfare Be Regulated?

In the cyber realm, the same program can be used for legitimate or malicious purposes, depending on the user’s intent. But if that makes traditional arms-control treaties impossible to verify, it may still be possible to set limits on certain types of civilian targets and negotiate rough rules of the road that limit conflict.

CAMBRIDGE – Whether or not a conflict spirals out of control depends on the ability to understand and communicate about the scale of hostility. Unfortunately, when it comes to cyber conflict, there is no agreement on scale or how it relates to traditional military measures. What some regard as an agreed game or battle may not look the same to the other side.
The Impeachment

END_OF_DOCUMENT_TOKEN_TO_BE_REPLACED

Donald Trump’s long-term impact on US foreign policy is uncertain. But the debate about it has revived a longstanding question: Are major historical outcomes the product of human choices or are they largely the result of overwhelming structural factors produced by economic and political forces beyond our control?

CAMBRIDGE – US President Donald Trump’s behavior at the recent G7 meeting in Biarritz was criticized as careless and disruptive by many observers. Others argued that the press and pundits pay too much attention to Trump’s personal antics, tweets, and political games. In the long run, they argue, historians will consider them mere peccadilloes. The larger question is whether the Trump presidency

END_OF_DOCUMENT_TOKEN_TO_BE_REPLACED

Many partisans accused President George W. Bush of lying and pressuring the intelligence community to produce intelligence to justify a war that Bush had already chosen. But the situation was complicated, and to understand the problems of speaking truth to power, we must clear away the myths.

CAMBRIDGE – US President Donald Trump’s nomination of John Ratcliffe, a highly partisan Congressman with little international experience, to replace Dan Coats as Director of National Intelligence raised the red flag of the politicization of intelligence. Opposition to Ratcliffe among Democrats and Republicans alike forced Trump to withdraw the nomination, but the question remains: Will power corrupt truth? Presidents

END_OF_DOCUMENT_TOKEN_TO_BE_REPLACED

Power and Interdependence in the Trump Era

President Donald Trump’s manipulation of America’s privileged international system will strengthen other countries’ incentives to extricate themselves from US networks of interdependence in the long run. In the meantime, there will be costly damage to the international institutions that limit conflict and create global public goods.

CAMBRIDGE – US President Donald Trump has been accused of weaponizing economic globalization. Sanctions, tariffs, and the restriction of access to dollars have been major instruments of his foreign policy, and he has been unconstrained by allies, institutions, or rules in using them. According to The Economist, America derives its clout not just from troops and aircraft