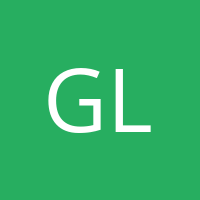 Lagging productivity growth, defined as economic output per hour worked, ranks among the serious problems impeding economic expansion in the US and other advanced economies. Many economists advocate high-pressure macroeconomic policy—in the form of large federal deficits and low (2 percent or less) interest rates. But do such policies, which can translate into faster job creation, actually spur productivity growth, which is a major factor in whether wages rise? The evidence presented here suggests that high-pressure macroeconomic policies make only a small contribution.
Of course, faster job creation has other virtues—especially pulling new and discouraged workers into the labor market—but raising productivity requires additional policies. Without those policies, the United States is

END_OF_DOCUMENT_TOKEN_TO_BE_REPLACED

In a recent Policy Brief, we dissected the European Union’s proposals to impose illegal and discriminatory digital taxes, designed to hit US multinational technology companies such as Facebook, Google, Amazon, and others. Faced with fiscal woes, UK Chancellor of the Exchequer Philip Hammond has now jumped the gun with a 2 percent tax on digital revenues in his newly announced budget. The sole redeeming feature of the UK proposal is that it would not take effect until April 1, 2020, giving the United States more than a year to mount an effective counter attack.
Hammond’s case for the tax rehearses populist themes: The tech firms are big and prosperous, they derive “substantial value” from operating in the UK, yet they don’t pay much tax to HM Revenue and Customs. But the proposed tax on

END_OF_DOCUMENT_TOKEN_TO_BE_REPLACED

Surprised? US Multinationals Didn’t Repatriate a Gusher of Cash

Despite the Tax Cuts and Jobs Act of 2017 (TCJA), US multinational companies (MNCs) did not repatriate a gusher of cash from their operations abroad during the first half of 2018. According to the Bureau of Economic Analysis, US MNCs repatriated $465 billion, substantially more than the $73 billion repatriated in the first half of 2017, but a small fraction of the cash tsunami that President Donald Trump anticipated.1 In August 2017, Trump declared, "We expect to have in excess of $4 trillion brought back very shortly." However, repatriations in the second quarter of 2018, at $170 billion, were less than the $295 billion repatriated in the first quarter of 2018. The prospect of huge repatriations may have helped sell the TCJA, but the new tax law provided no compelling reason for MNCs to

END_OF_DOCUMENT_TOKEN_TO_BE_REPLACED

The Tax Cuts and Jobs Act of 2017 (TCJA) signed into law by President Donald Trump in December slashed the US corporate tax rate from 35 to 21 percent, starting January 1, 2018. The new law makes the United States a more attractive place for both US and foreign firms to do business. But for US multinational corporations (MNCs), the law is not exactly a New Year’s gift for their operations abroad. To pay for the massive corporate tax cut, estimated to cost $1,349 billion over a decade, the TCJA raises revenue in other areas, most importantly through new taxes on the foreign operations of MNCs. The combination of lower corporate taxes on US production and higher taxes on MNC production abroad reflects Trump’s “Made in America” campaign. But it limits the ability of MNCs to reap the gains to

END_OF_DOCUMENT_TOKEN_TO_BE_REPLACED

The Tax Cut and Jobs Act of 2017 (H.R. 1), to be voted by the House of Representatives in mid-November, would slash the federal corporate tax rate from 35 to 20 percent. The corporate tax cut would by itself reduce federal revenues by $1.462 trillion over 10 years—about $100 billion for each percentage point of tax cut.[1] H.R. 1 is far from the final word on what Congress ends up passing. The lawmakers are also considering other tax cuts and revenue increases in other areas, and the Senate is moving toward adoption of a modified approach, deferring the corporate tax cut to 2019.
But if Congress enacts something that resembles H.R. 1, the competitive standing of US corporations would improve. The current 35 percent statutory rate, when coupled with state taxes that average 5 percent, puts

END_OF_DOCUMENT_TOKEN_TO_BE_REPLACED

The debate about overhauling and lowering business taxes now rushes to fill the congressional vacuum left by defeat of the American Health Care Act (AHCA). While not as emotional as health care, tax reform is every bit as contentious. Proposals advanced by House Speaker Paul Ryan and Ways and Means Chairman Kevin Brady, which have received generalized support from President Donald Trump, promise to ruffle many feathers. Following is a survey of the big stumbling blocks.
The central objective of business tax reform is to lift economic growth. Indeed, if it is achieved, tax reform may turn out to be the most important feature of President Trump’s agenda on growth and jobs, aimed at a 3 percent economic growth target. Infrastructure spending, which would also spur economic expansion, cannot start before the second half of 2018. Trade restrictions, if imposed, will slow growth.
But slashing business taxes offers the potential to faster growth. Basic facts are well known. The federal statutory corporate rate, at 35 percent, is almost the highest in the world, while the effective tax rate on US multinational corporations (MNCs) has exceeded 30 percent in recent years. High corporate taxes depress investment, encourage inversions, and stimulate transfer pricing abuse (for example, underpriced exports or overpriced imports) that shifts profits abroad.

END_OF_DOCUMENT_TOKEN_TO_BE_REPLACED

US business investment—including research and development (R&D) outlays to create intellectual property—hasn’t exactly sparkled in recent years (figure 1). Anemic investment is a key reason that US GDP lags 3.6 percent below what economists see as potential output, and the US economy is chugging along at under 2 percent average annual growth. Under these circumstances, the US Treasury ought to be exploring imaginative tax reforms that would spur business investment.1 Instead, the department is busy writing new regulations that will dampen investment. The latest measure characterizes certain debt instruments as equity shares and thereby denies the deduction of interest payments when calculating taxable business earnings. Treasury’s hope is to collect more tax revenue from business firms, but its approach is misguided and counterproductive.
Before delving into this attack, it’s worth explaining why high statutory US corporate tax rates (39.6 percent, combining federal and state taxes, versus an average statutory rate of 26.6 percent among competitor countries) send only a trickle, not a flood, of business firms overseas to relocate in friendly tax jurisdictions. The core reason is that the US Congress, in its wisdom, has provided many avenues to lighten the burden of high nominal business tax rates.