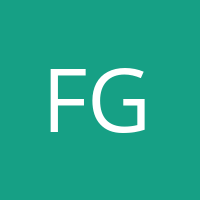 Articles by Fawaz A. Gerges

Despite new voices in the Democratic Party and within American Jewry, US foreign-policy circles are still wedded to an Israel-knows-best approach to the Middle East. Until that changes, the tail will continue to wag the dog, ruling out a durable, sustainable, and just peace in the Holy Land, and undermining US interests in the region.

LONDON – When asked whether he would insist on a ceasefire after the escalation in violence between Israel and Hamas, US President Joe Biden said that he would speak to Israeli Prime Minister Binyamin Netanyahu “in an hour, and I’ll be able to talk to you after that.” Far from a Biden gaffe, the president’s apparent deference to Netanyahu raises alarming – albeit not new – questions about the

END_OF_DOCUMENT_TOKEN_TO_BE_REPLACED

Apartheid in the Holy Land

In a landmark report, Human Rights Watch has concluded that the nearly seven million Palestinians in the occupied territories and Israel itself face collective persecution under an apartheid system. These are serious charges with far-reaching implications, particularly for a US administration that has championed human rights.

LONDON – In a new, well-documented report, Human Rights Watch (HRW) asserts that the Israeli government is enforcing a systemic policy to maintain the “domination by Jewish Israelis over Palestinians.” The nearly seven million Palestinians in the occupied territories and within Israel itself face collective persecution under an apartheid system.

END_OF_DOCUMENT_TOKEN_TO_BE_REPLACED

As Israeli Prime Minister Binyamin Netanyahu heads into a fifth term after running an openly racist and chauvinistic election campaign, the lasting consequences of his tenure are already obvious. He has left his country deeply divided, morally stained, and further than ever from achieving lasting peace in the region.

LONDON – After a bitter re-election campaign, Israeli Prime Minister Binyamin Netanyahu has secured his legacy as a leader more committed to domination than to peace. Over the course of the past decade, he has completely sabotaged any chance of reconciliation between Palestinians and Israelis, and left Israel itself deeply divided.
Capitalism’s Great Reckoning

END_OF_DOCUMENT_TOKEN_TO_BE_REPLACED

Trump, Syria, and the Threat of Region-Wide War

There is now a real and present danger that Syria will become the site of a conflagration even more destructive than the one raging there for the last seven years. But the biggest loser is likely to be the country that abandoned the fight.
BEIRUT – The die, it seems, is cast for a rapid end to the United States mission in Syria – and, with it, the chances of a peaceful and sustainable resolution to that country’s brutal seven-year civil war. The chemical attack allegedly carried out last week by President Bashar al-Assad’s forces in Douma, the last rebel-held town in the Eastern Ghouta region, shows just how dangerous that prospect is for Syria and the world.

Exclusive insights. Every week. For less than $1.

END_OF_DOCUMENT_TOKEN_TO_BE_REPLACED

The Struggle for Egypt’s Future

The ideological war between Islamists and nationalists has defined the politics of the Arab world for at least 60 years, and shows no sign of ending. While the impending reelection of Egyptian strongman Abdel Fattah al-Sisi suggests that the nationalists have won, all it will really mean is that the Egyptian people have lost, yet again.
LONDON – Like his fellow strongman Russian President Vladimir Putin, Egyptian President Abdel Fattah al-Sisi, faced with only a token opponent, will easily win another term in his country’s March 26-28 presidential election. Egyptians had high expectations of Sisi when he seized power. But that was nearly five years ago, and Egypt still has not recovered from the turbulence of the 2011 Arab Spring revolution, the overthrow of then-President

END_OF_DOCUMENT_TOKEN_TO_BE_REPLACED

LONDON – Donald Trump’s recent claim that his opponent in the US presidential race, former Secretary of State Hillary Clinton, and President Barack Obama founded the Islamic State is vicious nonsense. But it is also an ironic charge for Trump to make: if anyone in the United States is helping ISIS, it is he.

In a recent speech on foreign policy, the Republican Party’s presidential nominee laid out a supposed plan for defeating ISIS that, in classic Trump fashion, overflowed with contradictions and inconsistencies, even as it failed to provide specifics and facts. While offering utterly unworkable recommendations – such as making immigrants from Muslim countries take an ideological screening test before entering the United States – he attempted to present himself as a

END_OF_DOCUMENT_TOKEN_TO_BE_REPLACED

The Strategic Logic of the Islamic State

LONDON – The so-called Islamic State (ISIS) continues to pose a serious challenge not just to the Middle East, but to the entire world. While the efforts of a US-led coalition have weakened ISIS, destroying the group has proved difficult – and it has continued to inspire attacks in faraway places, from Brussels to Bangladesh.

To understand how to defeat ISIS once and for all, we first need to comprehend its strategy. And make no mistake: even if the ISIS-associated international attacks seem random, the group’s global crusade does have a strategic logic.
ISIS is fighting for its survival. It has neither the money nor the manpower to fight anything like a traditional war against the US-led coalition and its local allies – at least not for long. What it does have is a message that resonates with certain groups – typically marginalized, disenchanted, and tormented young men – within a broad range of countries, in the Middle East, Europe, and elsewhere. And it has become very good at tapping these sources of manpower.

The group’s spokespeople have repeatedly called on followers and supporters worldwide to strike its enemies, particularly in the West. Inspiring lone wolves and stay-at-home groupies or tight-knit local cells to launch attacks in distant, unpredictable locations is the ultimate weapon of the weak in asymmetric conflicts.