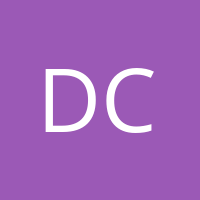 COVID-19 and the End of Individualism

The pandemic has shown that it is not existential dangers, but rather everyday economic activities, that reveal the collective, connected character of modern life. Just as a spider’s web crumples when a few strands are broken, so the coronavirus has highlighted the risks arising from our economic interdependence.

CAMBRIDGE – Aristotle was right. Humans have never been atomized individuals, but rather social beings whose every decision affects other people. And now the COVID-19 pandemic is driving home this fundamental point: each of us is morally responsible for the infection risks we pose to others through our own behavior.

END_OF_DOCUMENT_TOKEN_TO_BE_REPLACED

COVID-19 and the End of Individualism

The pandemic has shown that it is not existential dangers, but rather everyday economic activities, that reveal the collective, connected character of modern life. Just as a spider’s web crumples when a few strands are broken, so the coronavirus has highlighted the risks arising from our economic interdependence.

CAMBRIDGE – Aristotle was right. Humans have never been atomized individuals, but rather social beings whose every decision affects other people. And now the COVID-19 pandemic is driving home this fundamental point: each of us is morally responsible for the infection risks we pose to others through our own behavior.

END_OF_DOCUMENT_TOKEN_TO_BE_REPLACED

Policymakers, scholars, business leaders, and ordinary citizens are all grappling with the far-reaching implications of digital technology, and economists are no exception. In fact, more than most other academic fields, economics urgently needs to revise its assumptions to make sense of the current era.

CAMBRIDGE – Just within the past few decades, digital technology has transformed the global economy and societies worldwide multiple times. In the 1980s, the automation of manufacturing produced waves of outsourcing and offshoring. In 1989, computer scientist Tim Berners-Lee invented the World Wide Web, and beginning around 2007, a confluence of smartphones, 3G/4G, and new algorithms brought much of the world’s

END_OF_DOCUMENT_TOKEN_TO_BE_REPLACED

While the private sector is rushing ahead to amass as much data as it can, governments and public policymakers are only just beginning to grapple with the unique challenges posed by data-driven markets. As a critical resource that is unlike anything that came before it, big data demands a robust policy response.

CAMBRIDGE – Everybody seems to agree that data will play a fundamental role in the economy of the future, whether through health discoveries, smart energy grids, autonomous vehicles, or other areas of innovation. The problem is that nobody knows precisely how the new forms of economic value will be created, who will benefit, or what the regulatory response should be. In addition to enthusiasm about the power of big data,

END_OF_DOCUMENT_TOKEN_TO_BE_REPLACED

The End of the Free-Market Paradigm

The assumption of isolated individuals transacting in free markets has underpinned highly damaging economic policies since the 1980s. Given the interdependent nature of the digital world, economic researchers need to ditch their unscientific attachment to this paradigm and instead focus on the economy of the 2020s.

CAMBRIDGE – The 2020s will be the decade when the idea that economic problems can be “left to the market” to solve is finally put to rest – after some 40 years during which that belief has caused untold damage to society and the environment.
The Suleimani Assassination and US Strategic Incoherence

END_OF_DOCUMENT_TOKEN_TO_BE_REPLACED

Today, about four out of every five dollars spent in the OECD economies purchases services or intangible goods. This “dematerialization” of economies demands a more nuanced understanding of what drives productivity.

CAMBRIDGE – The word “productivity” typically calls to mind industrial assembly lines pumping out cars or washing machines, breakfast cereal or shoes. The word may also conjure images of crops being harvested, livestock being butchered, or houses being built. It is less likely to elicit thoughts of haircuts, streaming television, or mortgages. Yet nowadays, it is largely these kinds of intangible goods and services that define economies.
The End of Neoliberalism and the Rebirth of

END_OF_DOCUMENT_TOKEN_TO_BE_REPLACED

The Puzzle of Economic Progress

Current academic research – into the impact of new technologies, the economics of innovation, and the quality of management, for example – may be providing ever more pieces of the puzzle. But many crucial questions about economic progress remain unanswered, and others have not yet even been properly posed.

CAMBRIDGE – Do we know how economies develop? Obviously not, it seems, or otherwise every country would be doing better than it currently is in these low-growth times. In fact, cases of sustained rapid growth, like Japan beginning in the 1960s, or other Southeast Asian countries a decade later, are so rare that they are often described as “economic miracles.”
The Case for a

END_OF_DOCUMENT_TOKEN_TO_BE_REPLACED

Why Economics Must Go Digital

Mainstream economics has largely failed to keep up with the rapid pace of digital transformation, and it is struggling to find practical ways to address the growing power of dominant tech companies. If economists want to remain relevant, they must rethink some of their discipline’s basic assumptions.

CAMBRIDGE – One of the biggest concerns about today’s tech giants is their market power. At least outside China, Google, Facebook, and Amazon dominate online search, social media, and online retail, respectively. And yet economists have largely failed to address these concerns in a coherent way. To help governments and regulators as they struggle to address this market concentration, we must make

END_OF_DOCUMENT_TOKEN_TO_BE_REPLACED

How the Market Is Betraying Advanced Economies

As lifestyles in the world’s developing economies improve drastically, many in the advanced economies are seeing their wellbeing deteriorate – a trend that automation will only exacerbate. Without fundamental change in the framework of public policymaking, it is difficult to imagine a prosperous future in these societies.

CAMBRIDGE – Despite ever-improving conditions for millions of people around the world – documented by entities like the University of Oxford’s Our World in Data and highlighted by scholars like Steven Pinker – popular discontent is on the rise in many places. The reason is simple: whereas the first trend is being driven by low- and middle-income countries, the second is concentrated in high-income

END_OF_DOCUMENT_TOKEN_TO_BE_REPLACED

What Will Succeed GDP?

Over eight decades after its introduction, there is a widespread consensus that GDP is no longer a useful measure of economic progress. Its successor will need to be compelling and tell a persuasive story, consistent with experience, of what is happening in our economies.

CAMBRIDGE – Is the world becoming increasingly prosperous? It would be hard to answer “yes” right now, at least so far as the leading high-income economies are concerned. Yet the longstanding bellwether of economic progress – inflation-adjusted GDP – has been growing across most of the OECD since 2010, suggesting that everything is fine.

Photographer is my life/Getty Images

END_OF_DOCUMENT_TOKEN_TO_BE_REPLACED

As algorithmic decision-making spreads across a broadening range of policy areas, it is beginning to expose social and economic inequities that were long hidden behind "official" data. The question now is whether we will use these revelations to create a more just society.

CAMBRIDGE – Algorithms are as biased as the data they feed on. And all data are biased. Even “official” statistics cannot be assumed to stand for objective, eternal “facts.” The figures that governments publish represent society as it is now, through the lens of what those assembling the data consider to be relevant and important. The categories and classifications used to make sense of the data are not neutral. Just as we measure what we see, so we tend to

END_OF_DOCUMENT_TOKEN_TO_BE_REPLACED

For more than two generations, economic orthodoxy has held that governments that invest and regulate the least govern best. But Diane Coyle, Professor of Public Policy at the University of Cambridge, discusses how state-led investment and regulation can boost economic growth and human welfare.

END_OF_DOCUMENT_TOKEN_TO_BE_REPLACED

Can Investments Be Too Efficient?

When it comes to investment decisions, economists focus on the most efficient use of resources, as revealed by cost-benefit analysis. But, despite the obvious advantages of this approach, optimal efficiency is not always desirable, and the long-term benefits of an investment are not always clear from the start.

CAMBRIDGE – In 1831, when Charles Darwin boarded The Beagle for its five-year voyage of exploration, ships navigated with the help of chronometers, which showed the precise time at a reference location. That time, when compared to the local solar noon, could be used to determine current longitude. To ensure precision – the motion of the waves affected timekeeping – a ship needed at least three chronometers. The Beagle had 22.

END_OF_DOCUMENT_TOKEN_TO_BE_REPLACED

Contrary to the simplistic view that regulation is inevitably bad for business, there are three important channels through which regulation can benefit an economy. The question is not whether regulation is good or bad, but whether it is well or badly designed.

CAMBRIDGE – One of the striking changes any rich-world traveler to low-income countries cannot fail to have missed during the past decade or so is the rapid spread of mobile phone use, followed now by expanding mobile Internet access. Mobile communications are playing the same role in social and economic development in Africa, Asia, and Latin America that the spread of fixed-line communications did in countries like France and the United Kingdom in the 1970s. Family

END_OF_DOCUMENT_TOKEN_TO_BE_REPLACED

Andrew Lo, Adaptive Markets: Financial Evolution at the Speed of Thought, Princeton University PressRichard Bookstaber, The End of Theory: Financial Crises, the Failure of Economics, and the Sweep of Human Interaction, Princeton University PressRoderick Floud, Santhi Hejeebu, and David Mitch, eds., Humanism Challenges Materialism in Economics and Economic History, University of Chicago PressMANCHESTER – There seems to be no end to the tide of books criticizing economics, and – as I am an economist – it must make me something of a masochist that I keep reading them. The exercise is all the more wearisome as the criticisms are both repetitive and increasingly misdirected.Not that everything about the state of economics is fine; far from it. But only if today’s critics of

END_OF_DOCUMENT_TOKEN_TO_BE_REPLACED

The Economic Consequences of a Hung Parliament

MANCHESTER – The United Kingdom’s just-completed election was supposed to provide – as the Conservative Party’s campaign slogan put it – a “strong and stable” government. It ended up doing the opposite, producing a hung parliament and the likelihood of another general election later in the year.

Meanwhile, the clock is ticking for concluding negotiations with the other 27 EU members on the UK’s withdrawal from the European Union. To anyone with an inkling of how demanding and complicated the Brexit talks will be, and how ill-prepared British politicians and officials are for them, this is a depressing prospect.

Although a hung parliament, with the Tories attempting to form a minority government, might tilt UK politics in the direction of a “softer” Brexit, at least in