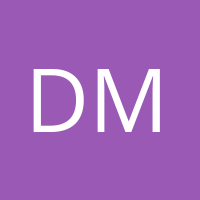 During his first 100 days in office, President Joe Biden turned core elements of his Build Back Better campaign plan into concrete policy proposals for congressional consideration. Dubbed the American Jobs Plan and the American Families Plan, his two most recent proposals are designed to complement the temporary economic boosters included in the American Rescue Plan—legislation, passed by Congress and signed by the president in March, focused on addressing the coronavirus recession.

The American Jobs Plan and the American Families Plan, though, would go further than the American Rescue Plan. President Biden’s two new plans would make large-scale, and in some cases permanent, investments in the nation’s physical and human infrastructure, combating racial, income, and wealth

END_OF_DOCUMENT_TOKEN_TO_BE_REPLACED

The Washington Center for Equitable Growth was founded in 2013 to promote the use of research in policy and decision-making. Our strategy—to ensure that lawmakers and advocates are armed with rigorous evidence as they craft the policies that shape the U.S. economy and society—drives our work to this day. Equitable Growth’s growing network of scholars, grantees, and academics continues to inform and define our understanding of the origins and consequences of inequality and how to achieve strong, stable, and broad-based economic growth.

Our mission has never been so important as we deal with the ongoing effects of the coronavirus pandemic and resulting recession—and elevate our academic research and policy analysis to drive a more equitable economic recovery. That’s why we are

END_OF_DOCUMENT_TOKEN_TO_BE_REPLACED

When the Biden administration was handed the keys to the White House in January, it also was handed a number of broad executive powers that could, at the stroke of a pen, begin the process of substantially altering the way the U.S. economy works. Making the most fundamental, structural reforms to the economy, such as expanding workers’ bargaining rights, achieving universal paid leave, or better taxing large accumulations of capital, will require legislation, but the executive branch can take important steps on its own.

Like presidents before him, President Joe Biden is quickly making use of these authorities, which include executive orders, agency regulations, and various forms of subregulatory guidance. To underscore the exciting opportunities for further

END_OF_DOCUMENT_TOKEN_TO_BE_REPLACED

Policymakers learned late last week that the U.S. economy registered a stunning 9.4 percent contraction in the second quarter of this year, a drop not experienced since the Great Depression more than eight decades ago. And that extraordinarily bad news came in late July—following weeks of the novel coronavirus becoming “extraordinarily widespread” across most of the country, leading a number of states and municipalities to restrict or re-restrict economic activity to stem the pandemic and rising number of deaths due to COVID-19, the disease caused by the coronavirus. U.S. economists are mildly to extraordinarily concerned that our economy is moving toward further contraction and a possible return to the record unemployment numbers posted this past spring.

In the early days of

END_OF_DOCUMENT_TOKEN_TO_BE_REPLACED

The coronavirus pandemic and the ensuing economic recession have exposed and exacerbated many systemic inequalities in U.S. society, especially for Black and Latinx families. Even after a decade of growth following the end of the Great Recession in 2009, with low inflation and historically low unemployment, the U.S. economy before today’s crises was extraordinarily fragile, built upon a foundation weakened by rampant inequality.

The recovery from the coronavirus recession must be different from the previous recovery. The benefits of that recovery went largely to the wealthy and left the U.S. economy deeply vulnerable. To have a chance of emerging on a stronger footing, with less economic and racial inequality and more sustainable economic growth, policymakers need to respond

END_OF_DOCUMENT_TOKEN_TO_BE_REPLACED

At a June 8 online event sponsored by the Washington Center for Equitable Growth and The Brookings Institution’s The Hamilton Project, key policymakers and academics discussed how the coronavirus recession is causing the loss of record numbers of jobs, threatening businesses nationwide, worsening existing racial inequities, and posing stark challenges to state and local governments. The participants presented evidence-based proposals for how the United States can do a better job of shortening and limiting the pain from this and future recessions.
This week’s webcast, titled “Recession Ready: Fiscal Policy Options to Support Communities and Stabilize the Economy,” featured Rep. Don Beyer (D-VA), who serves as vice chair of the Joint Economic Committee; former chair of the president’s

END_OF_DOCUMENT_TOKEN_TO_BE_REPLACED

In the midst of the first layoffs in the United States from the widespread coronavirus-related slowdown in economic activity, Congress needs to take a hard look—now—at our system of unemployment insurance.
Since its creation during the Great Depression, unemployment insurance has helped millions of unemployed people across the country keep food on the table and pay their rents and mortgages. And by enabling families to continue buying what they need, these benefits have helped shore up the U.S. economy, mitigating the impact of a recession and supporting a recovery. In short, unemployment insurance is an invaluable social insurance program for the scary times we find ourselves in today.
Yet over the past few decades, the Unemployment Insurance program, which is run by the states

END_OF_DOCUMENT_TOKEN_TO_BE_REPLACED

The need for systemic change, the power of government to improve the U.S. economy and society, and the importance of connecting research, evidence, and data to the U.S. policymaking process dominated the conversation among a panel of scholars at the February 18 introduction of the Washington Center for Equitable Growth’s new policy book, Vision 2020: Evidence for a Stronger Economy.
The book presents 21 essays by leading academic economists and other social scientists containing innovative, evidence-based, and concrete policy ideas that are aimed at shaping the 2020 policy debate. They cover a wide range of issue areas, from tax and macroeconomics to racial and environmental justice, and from labor market reform to antitrust policies.
At the February 18 event, authors of four of the