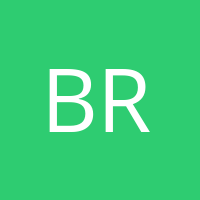 By Bruce RiedelForty years ago, on October 6, 1981, Egyptian President Anwar Sadat was assassinated by Islamist terrorists in Cairo. I was then the Egypt analyst at the Central Intelligence Agency (CIA) and had just published an internal paper on the prospects for succession if Sadat was killed, which I judged to be likely given the deep opposition to his unilateral peace deal with Israel. Sadat’s death set in train the disastrous road to the war in Lebanon in 1982, the creation of Hezbollah, and the seeds of al-Qaida.
Sadat enjoyed celebrating the anniversary of the start of the Ramadan War (or Yom Kippur War) every October, reliving the day — October 6, 1973 — that Egyptian soldiers crossed the Suez Canal. He was “the hero of the crossing.” Earlier in life he was Gamal Abdel Nasser’s

END_OF_DOCUMENT_TOKEN_TO_BE_REPLACED

By Bruce RiedelTwenty years after the al-Qaida attack on September 11, 2001, the United States is still involved in a war in Iraq that it started. President George W. Bush was obsessed with the Iraqi dictator Saddam Hussein and deliberately misled the American people about who was responsible for the 9/11 attack.
I was in the White House on September 12, 2001, on the staff of the National Security Council. I recently came across my pocket diary for 2001. In it, I wrote brief notes on each day’s activity in the White House where I was senior director for the Near East. I met with National Security Adviser Condoleezza Rice every day and Bush almost as frequently because of the second intifada. We were constantly trying to contain the violence and prevent a wider regional conflict. In

END_OF_DOCUMENT_TOKEN_TO_BE_REPLACED

By Bruce RiedelThe Afghan Taliban and their Pakistani army patrons are back in Kabul before the 20th anniversary of 9/11. Pakistan’s army Inter-Services Intelligence Directorate (ISI) has backed the Taliban since the group’s origin in the mid-1990s. Under intense pressure in September 2001, the ISI briefly removed its experts and assistance, creating the same panic and flight to the Taliban that the U.S. withdrawal just did to the Afghan army. But the ISI quickly renewed its support and that aid continues today. The Taliban/ISI victory in Afghanistan will have significant consequences for Pakistan, some of which may be dangerous and violent.
Mullah Omar, the founder of the Taliban, was trained by the ISI during the war against the Soviets in the 1980s. When he was wounded, he got medical

END_OF_DOCUMENT_TOKEN_TO_BE_REPLACED

September 11 in the White House

By Bruce RiedelI was in the Situation Room in the White House on September 11, 2001 when the second plane crashed into the World Trade Center and America learned it was under attack. The intelligence community had been warning for months that an attack on America was coming from al-Qaida. Pakistan, which was best placed to know the most about any plot or rumors of a plot, was not forthcoming with information.
At the time, I was special assistant to the president for the Near East and North Africa on the National Security Council (NSC) staff, with a portfolio that included Afghanistan. National Security Advisor Condoleezza Rice had asked me to stay on in the NSC after serving four years with the Clinton administration.
The Saturday before the 9/11 attacks, my wife Elizabeth and I hosted a